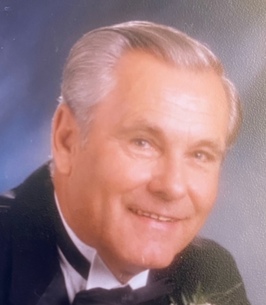 NORTH GRAFTON: David D. Cofsky, 90, of North Grafton, passed away peacefully June 28, 2022. He was a devoted husband for 51 years to Miriam E. “Mims” (Masterson) Cofsky, predeceased. He was also predeceased by his parents, Everett, and Mary (Westerlind) Cofsky of Millbury; and his brothers: Richard Cofsky of Worcester, Earl Cofsky of Worcester, and John (Robert) Cofsky of Sandwich.
He is survived by his loving daughter Karen Green and her husband Jeff of Shrewsbury, and his brother Raymond Cofsky of Sutton. David is the loving Grandfather of Daniel David Green & Rachel Cecile Green. He also leaves many nieces, nephews, and godchildren.
David was born and raised in Millbury; and then lived in North Grafton for 70 years. He graduated from Millbury Junior High School; and then Worcester Boys’ Trade High School with a degree in Pattern Making. Mr. Cofsky was a member of St. Mary’s Parish, North Grafton, where he weekly contributed as a longtime collector.
David was drafted and served his country during the Korean War. After completing his duty, he was decorated and honorably discharged as a Corporal in the Armed Forces.
Mr. Cofsky worked 40 years as a Master Carpenter for the R. L. Wipple & Company, Worcester, MA; and was a member of the United Brotherhood of Carpenters and Joiners of America, Local 107, Worcester, MA, (now Local 336, Springfield, MA). He was known throughout the city as the woodworking expert and perfectionist of the company.
His personal enjoyments were spending time with his daughter, son-in-law, and grandchildren; vacationing with his family, wood working projects, working on his homes, and tinkering on automobiles.
Calling hours will be 4 to 7 pm, Friday, July 1st, at the Roney Funeral Home, 152 Worcester St., North Grafton. His funeral will be Saturday, July 2nd, with a celebration of a Mass of The Resurrection at 10 am, at the Parish Church of St. Mary’s, 17 Waterville St., North Grafton. He will then be laid to rest in St. Phillip’s Cemetery, North Grafton. The family suggests memorial donations to Mary’s Garden c/o St. Mary’s Church, 17 Waterville St., North Grafton, MA, 01536.
PRINT