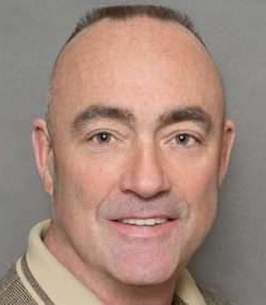 GRAFTON: With great sorrow, the family of William (Bill) Jude Quigley, 64, of North Grafton, MA, announces his passing after a short courageous battle with cancer on May 26, 2022.
Bill was born on March 14, 1958, to Joseph Quigley and Rita (Hawes) Quigley of Canton, Massachusetts. Bill attended Don Bosco High School in Boston, MA., where he was a three-sport athlete. Accepted to Harvard University, Bill chose to attend St. Michael's College in Vermont, where he excelled on the baseball and swim teams and graduated Cum Laude with a degree in Business. Bill had a long successful career as a heavy equipment sales representative for several firms. Bill's kindness and love for meeting new people, his unbridled enthusiasm for strangers' stories, and infectious laughter ensure that those who knew him well and those who met him only once will miss Bill. Charming and never at a loss for words, Bill could talk a hungry dog off a meat wagon. However, his heart was such that he would then offer the dog his steak. Bill was a longtime Third Degree Knight of Columbus. He was beloved by everyone who met him; he was a fantastic husband, son, brother, and friend.
He will be lovingly remembered by his spouse of 36 years, Suzanne. Bill and Suzanne had a collaborative and caring relationship, one that was based on mutual support and a deep love for each other. Bill is survived by his brother Robert and his wife Donna, his sister Ann and her husband, William, his brother-in-law, Edward, and his wife, Cheryl, Robert and wife Sheryl, Paul and his wife Cheryl, Philip and his wife Yvonne, Peter, and his sister-in-law, Karen and her partner Gary.
Visiting Hours will be held on Tuesday, May 31, from 4–7 p.m., at Roney Funeral Home, 152 Worcester St, North Grafton, MA 01536. Bill’s Funeral Mass will be celebrated Wednesday, June 1, at 11am at St. Mary’s Church 17 Waterville St. N. Grafton, MA 01536. Burial will follow at Fairview Cemetery in South Grafton.
In remembrance of Bill's life, the family asks that memorial donations may be made to the Rose Monahan Hospice Home c/o VNA Hospice and Palliative Care 120 Thomas St. Worcester, MA 01608. A Book of Memories to share a special message with Bill’s family is available online at:
www.RoneyFuneralHome.com
PRINT