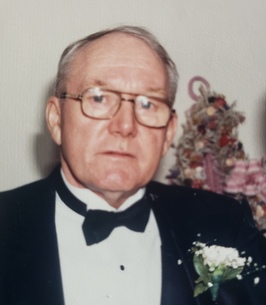 Obituary for George A. Turpin

GRAFTON: George A. Turpin Sr.,94, of Grafton died peacefully April 12, 2022 at home, surrounded by his family. He was predeceased by his wife of 56 years, Nancy (Carroll) Turpin in 2013. George is survived by his six children, Deborah Duval and her husband Don of Grafton, Pamela Bellino of Grafton, George Turpin Jr. of Grafton, Nancy D'Auteuil of Grafton, Jodi Nicalek and her husband Tom of Grafton and Mandy Maynard of Grafton. He also leaves 13 grandchildren, Stephen, Tim, Tiffany, Anthony, Kristyn, Nick, Kaylah, Hayley, Shelbe, Thomas, Matthew, Jake, Maddison and 10 great grandchildren. In addition he is also survived by his brother Raymond Turpin of East Brookfield, many nieces, nephews and cousins. George was also predeceased by his brothers Earl, John and his sisters Lorraine, Stella and granddaughter Pier Marie and daughter in law Heather Moss Turpin.

George was born in Worcester, son of the late Viola (Acker) and Ashton Turpin. He grew up in Worcester and moved to Grafton in 1959 where he built his own home along with his late wife Nancy. George was a veteran of the U.S. Navy and the U.S. Army and served in both World War II and the Korean War. George was a truck driver and a proud member of Teamsters Local 170 for over 60 years. He owned and operated Turpin Family Real Estate for several years, the Bancroft Sandwich Shop with his wife Nancy and several investment properties throughout the city of Worcester. George was a member of the East Side Improvement Club on Shrewsbury Street, Worcester and was seated on several community boards for the Worcester Housing Authority, the Massachusetts Department of Mental Health and the Bridge of Central Massachusetts. George took great pride in his family and friends and enjoyed spending his summers vacationing in Orchard Beach Maine. A special thank you to Gretchen Jordan who assisted in George’s care during his final months, his wishes were to remain at home in the house he and his wife Nancy built and her patience and kindness helped to make that possible.

All are invited to calling hours for George Monday April 18th from 4 to 7 pm at Roney Funeral Home 152 Worcester St. in North Grafton. A Funeral service will be held Tuesday April 19that 11:00am in the funeral home. He will then be laid to rest with military honors in Pine Grove Cemetery in North Grafton. In lieu of flowers memorial contributions can be made to Central Community Branch Y.M.C.A. 766 Main Street Worcester, MA A Book of Memories to share a message with George’s family is available online at: