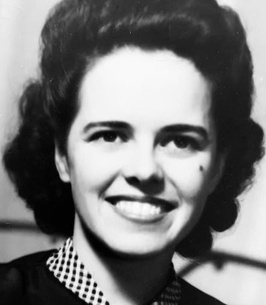 GRAFTON: Mary Gloria (Valladoa) Baskowski, late of Grafton, Massachusetts, passed peacefully from this
earth on the starry, clear night of February 24, 2021, surrounded by several of her children and
grandchildren. She was predeceased by her parents, Helen (Regan) Valladoa and Francisco
(Frank) Valladoa, brothers Francis, Richard and Mark Valladoa, sisters Helen Shanley and Jean
Quinn, son Jeffrey Baskowski, grandson Nicholas Baskowski and husband of 63 years, Joseph
Baskowski, who passed away on November 5, 2009. She leaves a sister, Connie Gaucher of
Fairhaven, MA, sons Joseph and his wife, Karen Shaw of Holliston, MA, Stephen and his wife
Carolyn of Gill, MA, and Richard and his wife, Janet of Brookfield, MA, daughter-in-law Anne
Baskowski of Grafton, MA, daughters Gloria Paradiso and her partner, Wayne Haddad, Ann
Gurney and Carol Dauphinais and husband, Craig, all of Grafton, MA, nineteen grandchildren
and three great grandchildren.
Mary was born on January 8, 1923 in New Bedford, Massachusetts, the third child of Helen
and Frank Valladoa and, at a young age, showed an aptitude and interest in the piano, so was
tutored by a friend of the family. Thus began a lifelong love of classical music and the piano in
particular, which she instilled in her children and shared with anyone who was lucky enough to
find themselves in her orbit. She graduated at the top of her class from New Bedford High
School and established a piano studio, was on local radio music programs and continued her
studies in Solfeggio at the New England Conservatory of Music. One night, at a USO dance at
the New Bedford Hotel, she met the love of her life, Staff Sergeant Joseph Baskowski,
Company B, 57th Signal Battalion, United States Army. Their courtship occurred largely
through letters they exchanged during the two years and four months that Joe was overseas
during WWII. These letters have become a testament to the power of love and the value of
commitment, loyalty, sacrifice and patience, virtues that Mary lived all her life and tried to pass
on to her children and grandchildren. Mary and Joe were married on August 3, 1946, the year
after he arrived home, and moved to Northbridge, Massachusetts where they started a family.
From here they moved to Grafton, to continue to raise their growing family and Mary continued
to live until close to the end of her life. During those years in Grafton, Mary’s door was always
open, welcoming all. She loved to engage with people, was genuinely interested in having a
dialogue, whether it was about politics, religion, philosophy or music. Along with taking on all the
tasks of managing a household and raising a family, Mary managed to go back to school and
graduated from Worcester State College with a major in English. She valued education and
always encouraged her children and grandchildren to “better themselves”. She taught this by
her own example. When asked why she went back to get her degree, she said “I love being with
young people”. She supported her family in whatever endeavors they were involved in,
whatever path they chose in life. She was a cheerleader, there for countless soccer games,
football, plays, recitals, graduations, birthdays, always putting others first, making sure others
were taken care of. Her loving nature, her kindness, her strength, her courage, her humor and
her grace are all hallmarks of this beautiful soul: Mom, Nona, Mary, Mrs B.. We love you!
There will be a Funeral Mass for Mary on March 6, 2021 at 11:00 at St. James Catholic Church
in South Grafton, Massachusetts, immediately followed by burial beside her beloved Joe at
Fairview Cemetery in South Grafton. In lieu of flowers the family has asked that people
celebrate life with their families, help someone in need, scatter seeds of kindness or plant something in your yard and think of Mary.
PRINT
Plant a Tree in Memory of Your Loved One
An Honouring a Life memorial tree is a unique tribute which provides global benefits like no other memorial gift could.
Plant a Tree
Family Log-In