In Memory of
Philip L.
Platt
2019
Click above to light a memorial candle. 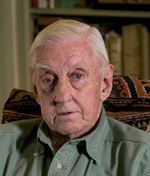 GRAFTON: Philip L Platt died February 25, 2019 at home after a battle with lung cancer. Phil leaves his wife of 57 years, Marsha Rankin Platt, their children, P Meserve R Platt and wife Cynthia and their children Audrey and Philip of San Francisco, W Halsey L Platt and wife Julie and their children J Gordon and O Alexander of Groton, MA., and Margaret R Platt, of Millbury.
Philip was born July 27, 1935 in Port Washington, NY, son of Mary Lyon and Philip Curtiss Platt. He spent early summers at Forest Lake Camp, Warrensburg, NY and on Lake Champlain. He graduated from Lafayette College in 1957, majoring in Geology. During college Phil began working for the USGS, as a Geological Field Assistant, surveying the Nickel Laterite potential in Oregon and California. On Mt. Rainier, WA, he completed the mapping of mud flows and glacial till. He also worked for Union Carbide Nuclear Co. at Uravan, CO.
Phil served as an Executive Officer, 2nd Lt., U.S. Army, Infantry, at Fort Dix, NJ and Fort Benning, GA.
In 1958, Phil moved to Liberia as a field geologist, prospecting for iron ore deposit in the Mano River area and exploration at the Bea Mountain deposit. He worked for Mine Management Associates, headed by Lansdell Christie of new York, a friend of the Platt family. Phil spent 4 years working there and would often regale his family with stories of his travails of living in a semi-permanent tent, building a railroad line for the mining and cutting the landing strips monthly so that they could receive supplies.
Phil and Marsha met in London in 1962, returned to the US, were married and moved to Las Vegas where Phil was at the Mercury, Nevada Test Site, working for the metallurgical firm Lucius Pitkin. After moving back to New York, living in Manhattan and Brooklyn Heights, the Platts with their two sons, moved to North Grafton in 1968, as Phil started a job at Norton Company of Worcester.
Phil started as a Manufacturing Engineer at Norton, in the Abrasive Materials Division. He then moved to Central Engineering. Phil returned to the Materials Division as Supervisor of Inspection. He then joined the newly formed Fines Business and was involved with the building of a facility at Fort Smith, AR. He completed the School of Industrial Management program at WPI, class of 1978. He retired in 1991.
Phil started retirement working with the Blackstone Valley Historian documenting mill building history. He spent much time actively working in the extensive machine shop in his home and helped his son, Halsey, grow his residential general contracting business. Phil was a cabinet maker, welder, machinist, plumber and electrician. He moved a 1860’s barn from another part of Grafton to his back yard to store his inventory. In 1987, he built an addition to his home to provide more space for several machine tools and a dark room. He enjoyed teaching his children the use of a variety of tools.
Phil became active in Grafton town affairs soon after moving to town. He served on the town Finance Committee for 5 years, the Middle School Rebuilding Committee and was elected Sewer Commissioner in 1976, serving for a total of 33 years. Phil was proud of Grafton’s achievements around the creation and running of their sewer system and was known for his short, efficient board meetings.
Calling hours for Phil will be Friday, June 28, 2019, from 4 to 6 pm, at Roney Funeral Home, 152 Worcester St, N Grafton. Services will be Saturday, June 29, 2019 at St. Stephen’s Episcopal Church, 3 John St, Westboro. Memorial contributions in Phil’s name can be made to the Friends of Grafton Elders, Inc, P.O. Box 186, Grafton, MA.