In Memory of
Mark E.
St. Andre Sr.
1956 - 2017
Click above to light a memorial candle.
Memorial Candle Tribute From
Roney Funeral Home
"We are honored to provide this Book of Memories to the family."
View full message >>>
Send Flowers
Plant a Tree In Memory of Your Loved One
Click Here
Menu 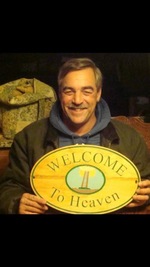 SUTTON: Mark E. St. Andre, Sr., 61, passed away December 25, 2017 from complications of a heart attack. He is survived by his wife of 32 years, Kim (Ryan) St. Andre, his children Maranda and Mark St. Andre, who he was very proud of, his twin brother Michael St. Andre, sister Delores Ward and niece Nicole Akstin. He was predeceased by his parents Gloria (Maranda) and Roland St. Andre. Mark was born in Worcester, Massachusetts on December 20, 1956. In his earlier years Mark was volunteer firefighter in South Grafton. He owned and operated Saint’s Refrigeration for several years. He then co-owned "Saint’s Burial Vaults" along with his twin brother Michael until 1998. Mark went on to work as lead custodian in the Grafton school department for 13 years. Away from work he was the Commander of the Sons of the American Legion Post 414 in Sutton. During his time as Commander the memberships more than doubled. He was known as the “king of raffles” and dedicated his time to benefits for the Sutton Fire Department and for local veterans. He was truly dedicated to the Dudley Gendron Post 414 and the VFW Post 1497 in South Grafton. He remained loyal to causes that helped veterans throughout his life in his community and was there with a hand to help anyone that asked him. He will be remembered for his loyalty, honesty and if Mark was your friend you always knew where you stood with him. A Celebration of Life to remember Mark will be held on January 5th at 12pm at the Dudley Gendron Post on Boston Road in Sutton. There are no calling hours and burial will be private. In lieu of flowers, donations may be sent Sons of the American legion Post 414, 156 Boston Rd. Sutton, Mass. A Book of Memories to share a memory or story of Mark is available online at: www.RoneyFuneralHome.com
Printable
Share on Facebook
Obituaries
About Us
Our Services
Funeral Planning
Grief & Guidance
Flowers
Facebook