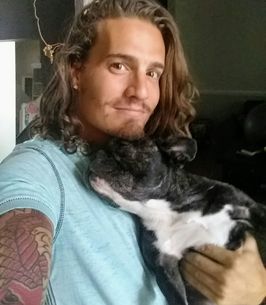 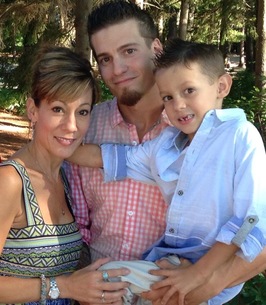 GRAFTON: Michael Stephen Cherry, 27, passed away on October 5, 2017 with his mother by his side. He was the son of Andrea Cherry and the late James Cherry. He was his mother’s best Christmas present ever, born on December 25, 1989 in Worcester, Ma.

Michael graduated from Grafton Memorial High School in 2007. While in High School he graduated from the Student Trooper Program. He attended Assabet Valley Technical School, eventually apprenticing with the local electricians. He used those skills by giving aid to Haiti in 2011 and also participated in humanitarian aid to deaf children in Peru. He then enlisted in the United States Army Reserve. Mike also completed the US Coast Guard Auxiliary Building Skills and Seamanship course. He loved dirt biking and motorcycles, a passion he shared with his Dad from an early age and through which he expressed his inner daredevil. Michael served as an altar boy at St. Phillips Church and was Padi certified diver. He was also the owner of Cherry City Cycle repair shop. Although Michael struggled with depression and addiction he will be remembered as a kind soul in an angry world.

All are welcome to gather with Michael’s family Wednesday October 11th from 5pm-8pm at Roney Funeral Home 152 Worcester St. N. Grafton, MA. 01536. A funeral to celebrate Michael’s life will be on Thursday October 12th at 11:00am at St. Phillips Church, 8 West St. Grafton, MA 01519.
A book of Memories to share a memory of Michael is available online at: www.RoneyFuneralHome.com In lieu of flowers, donations can be made to JDRF (Juvenile Diabetes Association) at 26 Broadway, 14th floor, New York, NY 10004.
PRINT