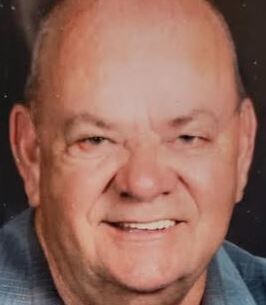 GRAFTON: Regent J. Pelletier, 79, passed away suddenly at home January 9, 2023. He leaves his wife of 50 years, Gloria (Mathieu) Pelletier, his children David Clouette and his fiance Cindy Perreault, Donna Clouette and Eddie O’Farrill and Pamela (Pelletier) Minarik and her husband Todd, his grandchildren David Clouette, Jr., Kali and Samantha Clouette, Jared and Nolan Ekberg and Colin and Ethan Minarik and 7 great-grandchildren. He was predeceased by his son Paul Clouette and his siblings Laurent, Madeleine, Daniel, and Marcel Pelletier, Marielle Ouellette, Pierrette LaForest and Evelyn Langlois.
Regent was born December 9, 1943 in Quebec, Canada, son of the late Alice (Lesasseur) and Johnny Pelletier. He came to work in the United States in 1970. He met Gloria shortly after his arrival and became a father to Paul, David, Donna and Pamela.
In the 1970’s he worked for Kendall Mill in Walpole, then in the 1980’s he worked for Blanchard Land Clearing and Letourneau Land Clearing. He owned and operated Pelletier Firewood in Grafton, MA into the 1990’s..
After he sold his business he went to work for W.A. Wilde in Holliston, MA for 18 years. He enjoyed his retirement with Gloria as “Winter Texans” in Mission, TX for 13 years at the Pleasant Valley Resort.
All are welcome to gather with Regent’s family and friends Saturday January 21st from 10am to 12pm at Roney Funeral Home 152 Worcester St. N. Grafton, MA 01536 followed by a prayer service at 12pm in the funeral home. He will then be laid to rest at Fairview Cemetery in South Grafton. A Book of Memories to share a special message with his family is available at:
www.RoneyFuneralHome.com
PRINT