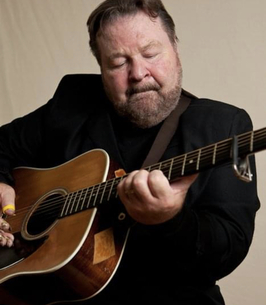 GRAFTON: Michael Fridley (Mick), 75, passed away unexpectedly on January 4, 2023 . He is survived by his wife of 47 years, Joanne (Youens) Fridley, his children Amanda and her partner Adam, Michele and her partner Brian, Samuel and his wife Anna, Megan, Sean, Ryan, Kate Fridley and Nina Tyler and her husband Andy, his grandchildren Nicole and Lianne VanDyke and Jalen and Ashton Worstell, his siblings Sheila, Randy and his wife Linda, Colleen Fridley and several nieces and nephews.

Mick was born July 17, 1947 near the U.S. Naval base in Annapolis, MD, son of the late Mary (Larkin) and Buck Fridley. Being part of a military family meant different places to call home but as years passed Mick often referred to North Carolina this way. Very early on in life the music started playing for Mick as it became his life’s great passion that he spent decades playing and enjoying. If you knew Mick, you likely saw him with a guitar or banjo in hand playing for friends, family and anybody that loved music as he was a member of several bands spending time both here in the U.S. and also in England, France, Spain, Puerto Rico and Brazil.

Mick was a veteran of the United States Navy during the Vietnam War. He worked at the Board of Health in Framingham locally where his co-workers grew to adore him like everyone else he met along the way. People in his circle remember him as “Micah Teddy Bear” as he always exuded warmth, comfort and friendliness to everyone who crossed his path. He was always ready with a quip to a historical reference or a perfectly placed song lyric as he told stories, only adding to his charm. Later in life he grew to love the peace of bird watching and the unconditional love of his dogs “Yogi” and “Lila”.

Funeral services will be held privately. A celebration of his life for all of his family and friends to gather will be scheduled at a later date.

In his honor please share a favorite song with a loved one.
PRINT
Plant a Tree in Memory of Your Loved One
An Honouring a Life memorial tree is a unique tribute which provides global benefits like no other memorial gift could.
Plant a Tree
Family Log-In