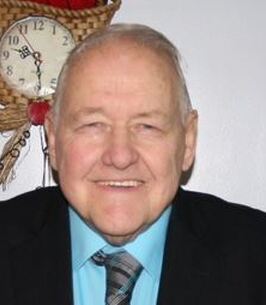 Medfield/Grafton: Ronald Karl Floser, 85, formerly of Medfield, died peacefully at home on January 4, surrounded by his loving family. He was the husband for 59 years of the late Anna L. Floser, loving father of Ronald K. Floser, Jr. of Millbury; Cynthia A. Floser of Bristol, CT; Donna B. Wood and husband, Marshall of West Boylston, MA; and Kelly B. Ellis and husband, Robert of North Grafton, MA. He is also survived by seven grandchildren: Justin, Kyle, Jessica, Ashlynn, Taylor, Chloe and Zachary, and several nieces and nephews. He was born and raised in Albany, NY, the son of the late Karl P. and Beatrice Carl Floser, and predeceased by brother, Karl K. Floser, and sister, Eileen Mardon Beck. He was a graduate of Philip Schuyler High School in Albany, NY, Class of 1955.
Ron served in the United States Air Force from 1956-1960 with an honorable discharge. He was stationed in Westhampton, Long Island, New York and McGrath, Alaska.
In 1960, he began his career as a Sales Engineer at Sprague Electric Company and retired with them in 1991. Then he worked for the Medfield Public Schools, retiring from there in 2010. He was one of the founders of the Learn to Skate program for the Medfield Youth Hockey Association, which he participated in for over 30 years. He was actively involved in coaching youth sports, such as baseball and hockey. He was an avid RC Airplane enthusiast with the Millis Model Aircraft Club. He enjoyed spending time with his family, hosting all the 4th of July pool parties, vacationing on Cape Cod, and playing kickball or any sport with his children and neighborhood kids.
All are welcome to gather with Ronald’s family Monday January 9th from 10-11am followed by a funeral service at 11am at Cannon Funeral Home 2020 Central Ave. Albany, NY 12205. He will then be laid to rest at Graceland Cemetery in Albany.
In lieu of flowers, please honor Ronald with memorial donations to JHC Hospice, 629 Salisbury Street, Worcester, MA 01609.
PRINT