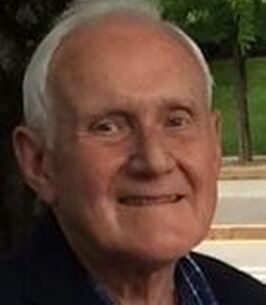 Obituary for Paul A. Lafford

SHREWSBURY – Paul A. Lafford, 87, a recent resident of Shrewsbury and formerly of Framingham, passed away November 27, 2022, at UMass Memorial Medical Center following a period of declining health.

Born in Boston, he was the son of the late Augustus T. and Elizabeth Lafford. He was pre-deceased by his sisters, Rose Lafford and Joan McCann.

He leaves behind his wife of 55 years, Sheila, and his daughter, Lisa Scarlett, her husband, Paul, and three grandchildren, Noelle, Ashley, and Ian Scarlett of North Grafton. He is also survived by several nieces and nephews.

Paul grew up in Newton and graduated from Newton High School in 1953. Both he and his sister, Joan, played tennis at local clubs from junior high school on. Paul won several trophies, including those for both singles and doubles matches. Following high school, he was drafted into the Army and was stationed in Germany. During his service time, he successfully represented the Army in several international tennis tournaments.

He completed his Bachelor’s degree at Bentley College and pursued a career as a bank auditor at varied financial institutions before retiring in 2012.

In recent years his favorite past times were walking the family golden retriever, a good game of golf, or lunch with old friends.

All are welcome to gather with the family on Sunday, December 4th, from 2 PM to 5 PM at Roney Funeral Home, 152 Worcester St., N. Grafton, MA 01536. A funeral service will be held Monday, December 5th, at 11 AM at the funeral home. Paul will then be laid to rest at the Pine Grove Cemetery in North Grafton.

In lieu of flowers, donations may be made to the Alzheimers Association MA/NH Chapter at www.alz.org or a charity of your choice.
PRINT