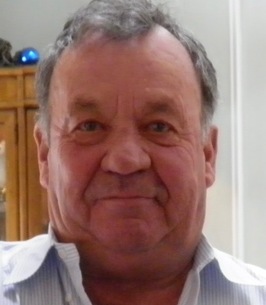 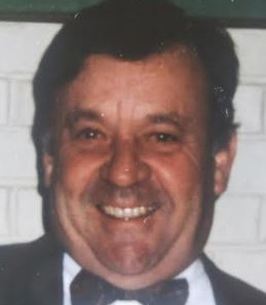 GRAFTON: James Ernest Magill passed away on July 5, 2022, soon after celebrating his 80th birthday at home in Grafton with his family, over lobsters and steamers on his favorite day of the year: July 4th. He leaves his wife of nearly 52 years, Angela (Galway) Magill; his children Kevin Magill and his wife Karen, Jim Magill Jr. and Wendy Lopez, Carolyn Magill and her husband Eli Aheto, Kristina Andrezjewski and her husband Rob; his grandchildren Kevin, Jillian, Colin, Ethan and Sophie, and many nieces and nephews. He was predeceased by his brother, John Magill, and sister, Mary Altomare.

Jim was born on July 2, 1942, son of the late Henry and Agnes (Diver) Magill, and raised on a dairy farm in Grafton. He milked cows before and after his school days at Grafton High, and went on to graduate from the UMass Stockbridge School of Agriculture. With money earned from his business picking field stones, in 1969 he founded All-Steel Fabricating, a heavy metal job shop in North Grafton. Over the next several decades, he built All-Steel into one of the leading steel manufacturing companies in New England, and expanded into machining with the acquisition of Eagle Machine in Westminster. Both companies are now operated by his two sons.

Jim's wife Angela was the love of his life. She inspired him to explore the world with her, from their shared roots in Ireland to a balloon ride over the Serengeti, climbing that bridge in Sydney and traveling across Europe and the United States. They loved playing tennis and golf together, eventually spending winters in Florida. Jim was instrumental in starting Grafton Soccer Club, as one of the founders and original Board members in the 80's. He had the pleasure of coaching his kids' soccer teams; years later, "Grampy" cheered his grandkids on in theirs. He stood mountainside in below freezing temperatures to watch countless ski races. A mark of pride was that all 4 of his kids graduated from college. He loved animals, especially Alex and Aggie, his border collies. His idea of a perfect Sunday was attending Mass at St. Philip's and most recently St. James, and then preparing a roast dinner. He was a lifelong supporter of the Catholic church.

Jim's quick wit was legendary, staying with him to the very end. You knew he liked you when he anointed you with a nickname. You knew you liked him the minute he lit up the room with one of his jokes, or broke out into a spontaneous song. He left a trail of belly laughs everywhere he went. But perhaps what people most appreciated about Jim was the understated way in which he would lend you a hand when you needed it most, plow your driveway before you asked, or insist on treating your family to dinner. In his spare time, he loved grabbing a tractor from the farm to spread loam or pick up field stones for a new wall. He was a humble man who could communicate loyalty with a nod, and love with a wink.


Calling hours are Sunday July 10th, from 2pm to 6pm at Roney Funeral Home, 152 Worcester St., North Grafton, MA. His Funeral Mass will be celebrated Monday, July 11that 11am at St. James Church, 89 Main St., South Grafton. All those attending the Funeral Mass are requested to go directly to the church. He will then be laid to rest next to his parents at St. Philip’s Cemetery in Grafton. Thank you to Grafton Fire, Police and First Responders, as well as Erin Guyette's team at UMass. In lieu of flowers, please honor Jim with donations to the Grafton Police Association, 28 Providence Road Grafton, MA 01519, the Grafton Fire Department, 26 Upton St., Grafton, MA 01519 or St. James Church c/o Outreach Program 89 Main St., S. Grafton, MA 01560. A Book of Memories to share a special message with Jim’s family is available online at: www.RoneyFuneralHome.com.
PRINT