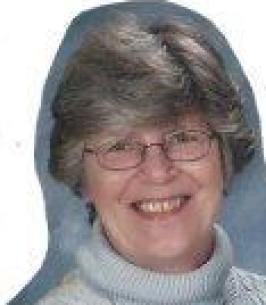 Barbara K Currier, late of North Grafton, MA, died Tuesday, June 21, after a brief illness. She was predeceased, in 2012, by her loving husband of 53 years J. Roger Currier. Barbara leaves her son J. Roger (Skip) Currier, Jr. & his wife, Carol, her daughter Kris Currier & her partner, Jon Soderberg, her daughter Carolyn Currier, her daughter Susan Sztuba & her husband, John, and her daughter Sarah Currier & her husband, John Caccamo, along with her grandchildren Michael Currier, Matthew Currier and his wife, Liv, their son Miles Currier, Brunon Sztuba and his partner, Wenyue (Wendy) Wang, and Olive Caccamo, along with many nieces and nephews. Barbara was predeceased by her granddaughter, Acadia Sztuba, her brother, Jack Kramer, and his wife Patricia Kramer, and her sister-in-law, Isabel Maxim, and her husband Lendel Maxim.

Barbara, daughter of John L Kramer and Barbara A Corbin, was born September 20, 1937 in Rockville, CT. She earned her Bachelor’s degree from UConn and her Master’s degree from Worcester State. She was a teacher in the Millbury and Tantasqua school districts before retiring in 1999. She enjoyed vacationing in Maine, knitting and sewing, along with playing bridge.

Barbara and Roger started the Grafton chapter of Operation Friendship in the mid 1970s. Barbara became a member of the Evangelical Congregational Church in Grafton when moving here with her family in 1971. She was an avid UCONN women’s basketball team fan.

All are invited to calling hours for Barbara on Sunday, June 26, from 2 to 4 pm at Roney Funeral Home, located at 152 Worcester St., N. Grafton MA 01536. In lieu of flowers, donations in Barbara’s memory can be submitted to: Operation Friendship Grafton, c/o Janet Rivard, 12 Sunrise Ave. Grafton, Ma 01519. Barbara’s internment will be private. Directions to the funeral home and an on-line condolence book to share memories of Barbara are available at: www.RoneyFuneralHome.com.
PRINT