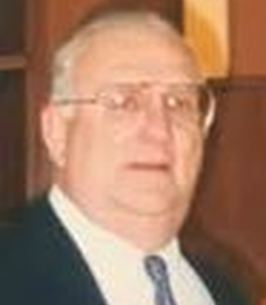 GRAFTON: Charles T. “Charlie” Gilchrist, 87, of North Grafton passed away Saturday, May 28, 2022, at UMass Memorial Hospital in Worcester following a brief illness. He is survived by his wife of 67 years Frances E. (Conn) Gilchrist; four sons Stephen Gilchrist and wife Wendy of Bridgewater, NH, and their three sons, John Gilchrist from Charlton, MA and his two sons, William Gilchrist and wife Julieanne from Dillon, CO his son and daughter and Robert and his wife Julie from Grafton, Ma and their two sons and daughter.
Throughout the years Charles enjoyed his time surrounded by his eleven grandchildren: Chad, Corey, Cody, John, Jake, Jesse, Kyle, Kayla Rose, Michael, Samantha, and Nicholas. As well as four great-grandchildren; Grace, Addison, Shane, and Harper. Charles was predeceased by his beloved grandson Jake Gilchrist and his former daughter in law Lorna Gilchrist.
Charles was born September 15, 1934, in Providence, RI, son of the late Charles J. Gilchrist and Rose (Arnold). He was a resident of Grafton for 60 years, was proud of the town he adored and took his citizenry to heart having served as Chairman of the Grafton Recreation Department for many years, coached Little League baseball for almost 20 years and served as the President. He also was a 20-year veteran of the U.S. Naval Reserves. By trade Charles worked as an Information Technology Manager for National Grid, his career spanning 39 years until his retirement in 1993. After raising his children Charles went back to school to earn his BA in Management and an MBA from Framingham State University. He was an avid sports fan, never missed one of his son’s sporting events and loved the years he spent with his work friends going to Patriots football games.
More than anything else Charles was a dedicated husband and father whose love for his wife Frances and the pride he took in raising his sons are the true legacy he leaves.
Retirement for Charles was a fulfilling chapter in his life; it consisted of traveling with his wife Frances and good friends Walter and Bunny Pieleski that created great memories journeying to Florida, the Western part of the U.S. and Europe. He also spent 38 summers on the shores at Wells Beach, Maine with his wife, family, and the friends he enjoyed for years.
All are welcome to gather with Charles family and friends Wednesday June 8th from 9:30 to 11:00am at Roney Funeral Home 152 Worcester St. N. Grafton, MA 01536 followed by the celebration of his Funeral Mass at 11:30am at Our Lady of Lourdes Church 1290 Grafton Street Worcester, MA 01604. He will then be laid to rest at Pine Grove Cemetery in North Grafton. A Book of Memories to share a special message with his family is available online at:
www.RoneyFuneralHome.com
PRINT