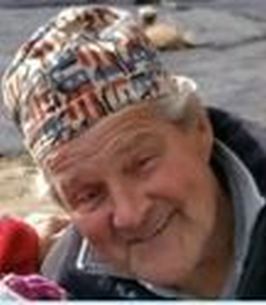 MILLBURY: Edward O. “Slim” Laflamme, 82, of Millbury, Massachusetts, peacefully passed away surrounded by his family on May 25, 2022 after a long illness.
Slim was born in Worcester and lived in Grafton until he joined the Navy and proudly served his country. After leaving the military, he settled in New Jersey where he started his family. He worked full time as a welder/boilermaker and had a side business as a woodcutter. After some time, Slim couldn’t resist the pull of his roots and returned to Grafton in 1979, finally settling in Millbury in the late 1980’s.
Anyone who knew Slim knew he had a decades-long passion for speed skating and shared that passion with his youngest sons, Nick and John. He and his wife Cathy could not resist enjoying a day trip to the Scallop Festival on Cape Cod, Woodstock Fair, or any festival for that matter, as long as they served up a good Italian sausage! Slim had a mischievous smile, some pretty “colorful” language, a deep love for his family, and no trouble letting anyone know it. He will be forever remembered for his happy-go-lucky attitude, all-around good nature and kind heartedness. He was known as “that guy”. He was the guy who could always be counted on as a friend, as someone who could lend a helping hand or give you the shirt off his back if he thought you needed it more than he did.
Ed was predeceased by his parents Al and Rose Laflamme and his brother Fred Laflamme. He is survived by his loving wife and partner of 40 years, Cathy, and their family; son Martin “Butch” Laflamme and his wife Mary, daughter Rose Laflamme, son St. Nicholas Laflamme and his wife Janelle, son John Laflamme and his wife Leslie, daughter Debbie Inman and her wife Alyson, daughter Heather Laflamme and granddaughter Stella Laflamme. Ed is also survived by his sister Sue Williams, brother Jim Laflamme and his wife Tish, sister Barbara Russo and her husband Robin, brother Bill Laflamme and his wife Deb, several grandchildren, great grandchildren, great-great grandchildren, nieces and nephews.
All are welcome to gather with Slim’s family and friends Wednesday June 1st from 5pm to 7pm at Roney Funeral Home 152 Worcester St. N. Grafton, MA 01536. A Celebration of Life will be held at a later date.
The family requests that in lieu of flowers, donations be made in his memory to either The American Heart Association at www.Heart.org or the American Lung Association at www.Action.Lung.Org.
A Book of Memories to share a message with Slim’s family is available online at:
www.RoneyFuneralHome.com
PRINT