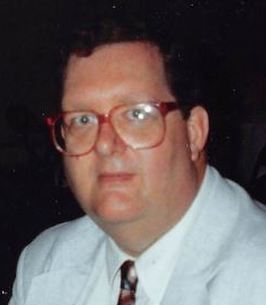 GRAFTON: Donald Porter Davison, Jr., passed away unexpectedly on June 5, 2021 at UMass Memorial Healthcare. Don was born on February 23, 1943, the son of the late Donald and Marguerite (Long) Davison. He was a lifelong resident of Grafton.
Don was a graduate of Grafton High School of 1960. He attended the College of William and Mary in Williamsburg, VA as a history major; and graduated from Clark University in Worcester, MA with a Business Degree as an accounting major.
Don had a varied career before working as an accountant. He was a bus driver which led to meeting the passenger he would later marry on November 6, 1966. He worked for Cumberland Farms in Grafton for 11 years before he became the CFO for Interex Corp and then a public accountant for Joel Goldberg, LLC, both in Natick. After retiring, he went back to driving a bus part time.
Don’s love of Grafton fueled his desire to serve his community and was evident in his many appointments to Town Boards. His proudest moments were his 40 years from 1978 to 2018 on the Grafton Finance Committee.
Don was a member of the American Mensa’s Boston Chapter. He always enjoyed Mensa gatherings in New Hampshire in February and Dennisport in May. He was an avid bridge player with the bridge club at the Grafton Senior Center. At home, Don could usually be found reading, doing a crossword or Sudoku puzzle. He will be remembered as a gentle giant with a beautiful voice and calm demeanor. He didn’t lose his temper and could elegantly present his view in a reasoned manner. Don was also generous and looked at ways to help others not wanting anything in return. Over the years, he quietly provided funds for kids who couldn’t afford to attend their high school proms. His most cherished memory is the trip he and Angela took to Scotland to celebrate Christmas and New Year.
Don is survived by the love of his life and devoted wife of 55 years, Angela (Sharp) Davison; a son, Donald P. (Chip) Davison; a daughter, Laura-Ellen Cassady of North Grafton; 3 fantastic granddaughters, Hannah Davison of Deer Island, OR, Taylor Connors and her husband Timothy of Worcester; and Isabella Cassady of North Grafton; a brother, Arthur Davison and his wife Jacqueline of North Grafton; a sister, M. Anne Morris and her husband Patrick of Sutton; and nieces and nephews.
Calling hours for Don will be 4pm-7pm on Friday June 11, 2021 at Roney Funeral Home 152 Worcester St. N. Grafton, MA 01536. Burial will be private at the convenience of the family. In lieu of flowers, donations in Don’s name should be made to The Grafton Food Bank PO Box 324 Grafton, MA 01519.
PRINT