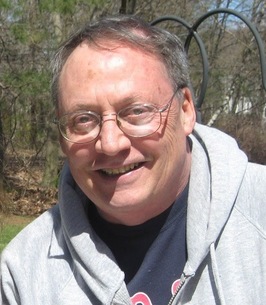 Hunter was born on June 27, 1949 in New York City and attended Forman School in Litchfield, CT. He grew up in Westfield, NJ and was a member of Alpha Delta Omega at Hartwick College in Oneonta, NY where he studied history and played soccer.

A self-taught handy-man, Hunter went back to school in 2002 and graduated from the NAWCC School of Horology in Columbia, PA after more than 20 years as a salesman in the plastics industry. His business, Grafton Clock Repair, serviced modern and antique grandfather clocks, as well as various tubular and wall clocks all over New England. He was a proud member of the Willard Clock Museum in Grafton. One of the highlights of his career was repairing the historic grandfather clock at Hopkinton Public Library in 2017.

Hunter moved to Massachusetts from New Jersey in 1995 and quickly became an avid Red Sox fan. In his free time, Hunter enjoyed gardening, watching movies, reading, and watching baseball games. An avid cook, he never let cold or snowy New England weather deter him from grilling steaks or burgers on the patio. He also spent much of the last decade of his life traveling with his longtime girlfriend, Leslie. In the last several years, he volunteered at the Community Harvest project in Grafton.

Hunter leaves behind his three children, daughter Jennifer and sons Benjamin and Hunter; his sister, Carol; along with several grandchildren, nieces, nephews, and cousins. He is predeceased by his parents, Joy and Hunter Sr., and his sister Paige.

Hunter's family will hold a private ceremony in the coming days. A virtual celebration of his life will take place on Zoom on Tuesday, April 6 at 7pm EST.

In lieu of flowers, please honor Hunter's life with donations to: Community Harvest Project to Support Healthy Hunger Relief at https://community-harvest.org/give/.
PRINT
Plant a Tree in Memory of Your Loved One
An Honouring a Life memorial tree is a unique tribute which provides global benefits like no other memorial gift could.
Plant a Tree
Family Log-In