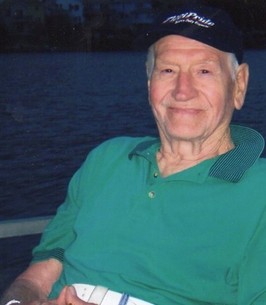 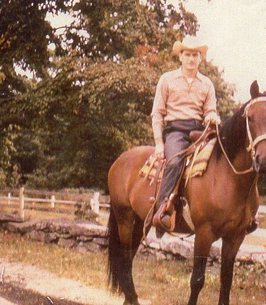 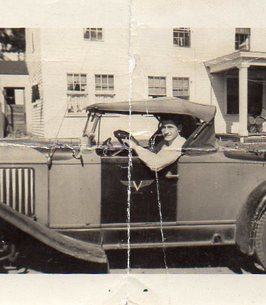 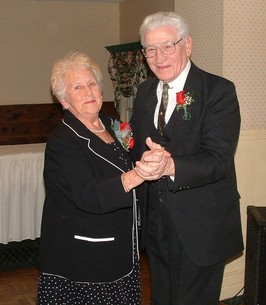 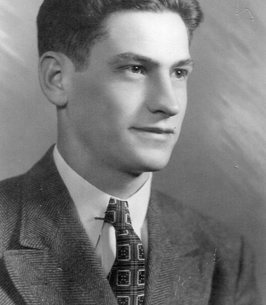 NORTH GRAFTON: Raymond F. Johnson, Jr. age 97 passed away February 12, 2021 at his home surrounded by his loving family. He died on the farm where he was born and lived his whole life. He was born January 26, 1924 to Raymond F. and Beatrice (Hargraves) Johnson. He was the youngest of four sons. He loved to tell stories to friends and family about the adventures of the four Johnson boys growing up on the farm. Ray was better known as Peanie by most people who know him. It was a nickname given to him by his brothers because he was the peanut of the family.
He was a graduate of Grafton High School and Wentworth Institute of Technology. He served in the Navy during WWII and was very proud to wear his WWII Veteran hat.
He worked for IBM as a customer service engineer for 36 years repairing main frame computers. He retired in 1987.
Ray had three great loves in his life. First and always was his love and devotion to his wife Viola. They met at age 14, married at age 19 and celebrated almost 76 years of marriage before her death in October, 2019. Together they raised seven children.
Second was those seven children and of course their children. He was very proud of all his children, grandchildren, great-grandchildren and their accomplishments. He was the most supportive Dad anyone could have.
Third was his love of horses. He had a passion for horses since his childhood. Many people in Grafton and surrounding towns have fond memories of Saturdays spent riding horses at Johnson’s farm or taking a hayride around Grafton in a horse drawn wagon.
He was a very caring, patience, funny, loving man who always put others before himself. He was most happy when he was making someone else happy or making them laugh.
Ray and Vi’s home was always open to everyone. Many of their children’s friends considered it a second home. There was always room for one more at the dinner table.
Ray had so many interests that he enjoyed sharing with his family and his friends. In his fifties he accomplished a lifelong dream of earning his private pilot’s license. He enjoyed camping, square dancing, or just sitting around a table playing cards on a Saturday night. At any party or wedding, he was always the first one on the dance floor. He especially loved spending time in his boat on Lake Quinsigamond. He had a few different boats during his life but, from the first one in the 60’s when he taught his kids and their friends to water ski until the last pontoon boat, his greatest joy was sharing his time on the water with others.
His faith was a big part of Ray’s life. He was a lifelong member of the Grafton Baptist Church. He was very active in all aspects and committees of the church until just recently when his health kept him at home. Many of his closest friends were his fellow members of the church.
He was a great man who will be missed forever by all who knew and loved him.
Ray was predeceased by his parents, brothers Ralph, Howard and Harold, sons-in-law Steve Swicker, Joe Erenius, Ken Benson and by his beloved wife Viola. He is survived by his children Judy Swicker and partner Phil Lucas, Jan Erenius, Marge Swift and husband Richie, Nancy Paul and husband Ed, Carol Benson, Phil Johnson and wife Sherry, Doug Johnson and wife Wanda, 14 grandchildren, 24 great-grandchildren, 4 great-great-grandchildren and many nieces and nephews.
There will be a memorial service and celebration of Ray’s life at a future date. Visit RoneyFuneralHome.com to leave condolences and view an online collage of Ray’s life.
PRINT
Plant a Tree in Memory of Your Loved One
An Honouring a Life memorial tree is a unique tribute which provides global benefits like no other memorial gift could.
Plant a Tree
Family Log-In