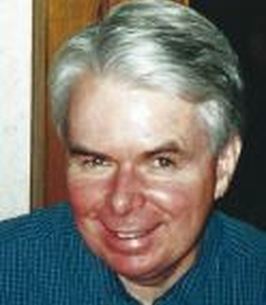 Grafton – Jeremy Fred “Jay” Swett passed away on November 29th from complications related to Parkinson’s Disease. He leaves behind his beloved wife of 53 years, Charlene Vincini Swett, son Matthew and his partner Noreen Ruddy, daughter Pamela and her husband, Matthew Leighninger, and seven grandsons: Colin, Henry, Nick, and Liam Swett and Jack, Nathaniel, and Paul Leighninger. He was also the treasured brother of Hilary and her husband, Robert Keating Jr.
Jay lived his whole life in Massachusetts. He was born in Framingham and attended Framingham South High School where he met the love of his life, Charlene. He graduated from Boston University and Suffolk Law School and was a proud veteran of the U.S. Marine Corps. Jay and Charlene raised their children in Westborough, before moving to a house of their own design in Grafton. Before his retirement, Jay worked as corporate counsel and general counsel at several companies in the Worcester area, including for many years at Wyman Gordon and later Pharm-Eco.
Jay enjoyed traveling with his wife to Europe, visiting his children and grandchildren in Ontario and Pennsylvania, and walking along the beach and the Marginal Way in Ogunquit, Maine. He was also a lifelong Bruins, Red Sox, and BU Terriers fan and had a fondness for fishing, ice skating, and target shooting. He was an active member of St. Phillip’s Parish and for many years took the Santa Claus photos at the Christmas fair. An avid reader, ham radio operator, and history buff, Jay drove his young family all over the United States to visit its historical and natural landmarks. His gentle demeanor and love for his family will be remembered by all who knew him.
Public visitation hours are scheduled for Sunday, December 6, 3-5 pm, at Roney Funeral Home 152 Worcester St. N. Grafton, MA 01536, and a Funeral Mass will be celebrated at St. Phillip’s Catholic Church 12 West Street Grafton, MA on Monday, December 7, at 11 am. The family requests that donations in lieu of flowers be sent in Jay’s memory to the Parkinson’s Foundation at parkinson.org. A Book of Memories to share a message with Jay’s family is available online at:
www.RoneyFuneralHome.com
PRINT