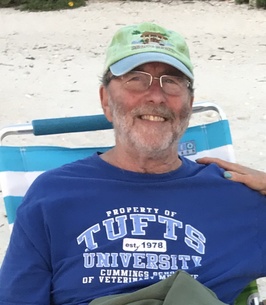 NORTHBRIDGE: Timothy R. Carey, 69, passed away suddenly while getting his morning exercise on August 21, 2020. He is survived by his loving wife Kathy (Hickey), his children Brianna Gilman and her husband Tyler of Centerville, MA and Cheyenne Carey of Orlando, FL, his brother and best friend Thomas Carey and wife Sandie of Colorado Springs, CO and his nephew Sean Carey and wife Alyssa and their son Aidyn of Colorado Springs, CO. He also leaves his sister-in-law Andrea Carey and her sons Eric and Matthew Carey of Westford, MA. He was predeceased by his brother Michael Carey. Tim was born September 4, 1950 in Somerville, MA, son of the late John Carey and Geraldine (Newman). Tim called many places home, having spent time in Boulder CO, San Francisco, CA, New York City, Holliston and Boston, MA, and Colorado Springs, CO before settling in and spending the past 27 years in Northbridge, MA. Tim was at once a simple man and a larger than life presence. His life cannot be boiled into several paragraphs… it would easily fill a book. However, since there was no time to write a book, the following will have to do.

Tim met his soulmate, Kathy, in Colorado Springs, CO in the fall of 1985 and married her in January of 1986. Their love was truly from first sight, and it deepened over the next 34 years of marriage into a relationship which was admired by all those who witnessed it. From their first date (a Grateful Dead show at Red Rocks, what else?), to their trips around the world, to an untold number of spontaneous lunch dates, their life together was built on friendship, respect and joy. Their love brought forth two daughters, Brianna and Cheyenne. In fatherhood, Tim truly found his calling. He raised his girls with patience, generosity, laughter, and an unending supply of love. His priorities never wavered; it was family first, every single day. Over nightly family dinner, he and Kathy taught their children to be kind, generous, independent and thankful. Along the way, they also ended up learning about cultures from around the world, the Red Sox, how to take the T alone, and the lyrics to just about every Grateful Dead song.

Tim’s generosity did not stop when he left for work in the morning. As a small business owner, Tim put the needs of his employees, many of whom remained his dear friends for life, at the forefront. From humble beginnings in the unfinished basement of his home in the mid-nineties, Tim and his business partner, Rob, developed Process Sensors Corp into a successful international business that was populated with fiercely loyal employees and friends. Tim was deeply proud of PSC, not because of its financial success, but because of the family it blossomed into.

Any discussion of Tim’s life would be incomplete without his dogs. Ever since his first dog, Mick the beagle, who could take the T on his own, Tim was almost never without a dog waiting to welcome him home. Dogs brought Tim joy and he did the same for them. He was even known to save steak bones for family friends’ dogs, and carried a pocket full of treats on his daily walks for any pups he crossed. If dogs could speak, there would be more than a few who would tell you about the big guy with the pocket full of treats who gave them the best belly rubs of their life.

While family and friends were the primary focus of Tim’s life, his many and varied adventures are not to be forgotten either. Tim would frequently regale those around him with stories which, if they came from anyone else, would have been almost unbelievable. What other person could say he hit a wild horse with his motorcycle, had a hot dog with Al Sharpton, was nearly trampled by an elephant in Thailand, had a beer in a limo with Alice Cooper, had his bail posted by J.D. Salinger’s girlfriend, and was extorted by police in Zimbabwe?

The hole left in our hearts with Tim’s untimely passing will never be filled. Admired and loved by so many people, all across the country and the world, his memory will live on forever.

Immediate Memorial services for Tim will be private. His family will be planning a Celebration of Life for him when it is safe for all those who loved him to come together and share their favorite memories of him. In lieu of flowers please honor Tim with a donation to remember his love of animals to the Baypath Humane Society at www.baypathhumane.org. A Book of Memories to share a special message with his family is available online at:
www.RoneyFuneralHome.com
PRINT
Plant a Tree in Memory of Your Loved One
An Honouring a Life memorial tree is a unique tribute which provides global benefits like no other memorial gift could.
Plant a Tree
Family Log-In