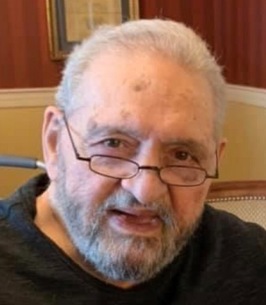 GRAFTON: Robert L. Abbruzzese, 85, passed away August 9, 2020 following an illness. He is survived by his wife of 60 years, Patricia (Lebel) Abbruzzese, his children Robyn Abbruzzese, Cathleen DiPilato and her husband David, Judith Abbruzzese, Michael Abbruzzese and his wife Larissa and Jennifer Abbruzzese, his grandchildren Paul, Elizabeth, Robert, Rachel, Daniel, Kate, Zachary and Heather, 8 great-grandchildren, his sister Angela Flynn and nephew Sean Flynn. He was predeceased by his brother William Abbruzzese. Robert as born February 5, 1935 in Worcester, son of the late Anna (Marotta) and Alphonse Abbruzzese. He grew up in the city and following his graduation from high school enlisted in the United States Marine Corps where he served in Korea. Following his military service he married Patricia and they settled in Grafton where they raised their family and lived for many years before they retired to Centerville on Cape Cod. Robert found the beaches on Cape Cod and retirement there to be a second home that brought him great peace. He worked for several years at Wyman Gordon in North Grafton, for the State of Massachusetts in the Unemployment Division and during his retirement at Hyline Cruises in Hyannis. Away from work he was easy to find trying his luck on a scratch ticket, going out for his favorite Italian food with his wife Patricia, enjoying a few Tootsie rolls or following the New England Patriots and Boston Red Sox as he was a dedicated Boston sports fan. Always a man of faith Robert was actively involved in St. James Church in South Grafton. He also was a member of the Knights of Columbus and served as a Grand Knight. Please honor Robert with a donation to Veterans Inc. 69 Grove St. Worcester, MA 01605. All are welcome to calling hours for Robert Thursday August 13th from 4pm to 6pm at Roney Funeral Home 152 Worcester St. N. Grafton MA 01536. Social distancing guidelines will be followed and masks are required. Funeral services and burial will be private at his family’s convenience. A Book of Memories to share a special message with his family is available online at:
www.RoneyFuneralHome.com
PRINT