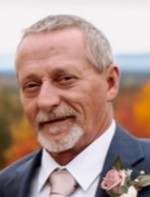 WORCESTER- David E. Hall, 60, unexpectedly passed away August 3. He leaves 2 sons, David Hall and his fiancee Christina Lovejoy, of Westport, MA and Steven Hall and his fiancee Danielle Graslie, of Westminster, CO; 2 daughters, Krystal Hall, of Shandy Cove, OR and Aimee Bodge and her husband Nicholas, of Holden, MA, 3 grandchildren; Zachary Hall, McKenna Piaget and Carter Bodge. He was predeceased by his brother Steven Hall.

Dave was born December 21, 1959 in Milford, a son of the late Henry and Alice (Dumont) Hall. He grew up in Sutton; he was a Sutton High School graduate. He lived in Auburn for many years while raising his family and recently was a resident of Worcester. Dave worked as a truck driver for over 35 years, currently working at AB Carriers. Dave was a hard worker who enjoyed driving a truck and traveling across America without a boss over his shoulder. He loved to fish, hunt and camp with his family. He especially enjoyed family events and time with his grandchildren. Dave was a family man who constantly expressed how proud he was of his children and their accomplishments. Remembering Dave who asked for so little but gave so very much.

A graveside service will be Wednesday, August 12, at 11AM at Fairview Cemetery. Calling hours will be from 6-8 PM, Tuesday, August 11. Masks are required and social distancing guidelines will be followed.