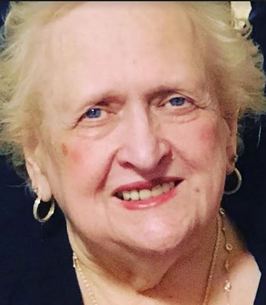 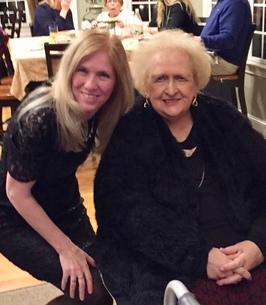 GRAFTON: Francina Mary (Stern) Warner was a registered nurse whose care for her patients as well as her family and friends permeated the way she lived her life. She passed away on Wednesday, July 8, 2020 after a long illness. She was 78.

Fran was born in Springfield, MA to Theodore Stern and Theresa (McGrath) Stern on April 11, 1942. As a child, she lived in Forest Hills, NY with her family before moving to Vernon Hill in Worcester.

She graduated from the former Ascension High School and continued her education at the former St. Vincent Hospital School of Nursing, graduating in 1962 as a registered nurse. She held jobs in the nursing field in Boston, MA before moving to Frankfurt, Germany as a civilian nurse for the American Red Cross. She worked at the US Army Hospital, where she met her husband, Danny Lee Warner.

After their marriage, Fran followed her husband on his Army career across the United States and back to Germany. Upon returning to the United States, she returned to St. Vincent Hospital where she cared for oncology patients on the overnight shift with dignity and grace by offering compassion, respect and care during their hospitalization. She received several awards and recognition for her service over her 28-year tenure, most notably Nurse of the Year on two separate occasions.

She was a member of the St. Vincent Alumnae Association, the Notre Dame Alumnae Association (Ascension Division), St. James Parish in South Grafton, MA and was a lifetime Red Cross Nurse Member. Fran loved reading Danielle Steele novels, traveling, lunches with her high school and nurse friends and family gatherings with her children and grandchildren. Fran was proud of her Irish heritage and had the gift of gab and the spirit of Irish hospitality and generosity. She bonded fiercely with her grandchildren in their formative years by caring for them as babies and toddlers.

Fran is survived by her husband of 52 years, Danny Warner, of Shrewsbury; her son Daniel and daughter-in-law Maura of North Grafton; daughter Kelley of Sutton; son Patrick and daughter-in-law Gina of Grafton; and grandchildren: Ryan, Nolan and Danny. She leaves her sibling Teresa Stewart of Worcester; and many extended family members, notably her brother-in-law and sister-in-law, Jerry and Linda Warner of Vorhees, NJ; Sally Pearce of Roy, WA; and Tim Warner of Canton, GA; as well as many nieces and nephews, especially her godchildren John Stewart of Worcester; Lisa Warner Mehal of Charlotte, NC; Jenny Pearce of Roy, WA; and Lauren Warner of Runnemede, NJ. She was blessed with many wonderful friends including Anne Whelan, Al & Helen Lapan, Pat Curtin, Joan Curtin, Ellen Peloquin, Marie Nicalek, Betsy O’Rourke and Judy Blanchard.

Funeral services and burial will be private and are under the care of Roney Funeral Home in Grafton. Those who may wish to make a donation in Fran’s name may consider donating to St. Anthony Shrine, 100 Arch Street, Boston, MA 02110.
PRINT
Plant a Tree in Memory of Your Loved One
An Honouring a Life memorial tree is a unique tribute which provides global benefits like no other memorial gift could.
Plant a Tree
Family Log-In