To share your memory on the wall of Stephen Webb, sign in using one of the following options:

Provide comfort for the family by sending flowers or planting a tree in memory of Stephen Webb.

Provide comfort for the family of Stephen Webb with a meaningful gesture of sympathy. 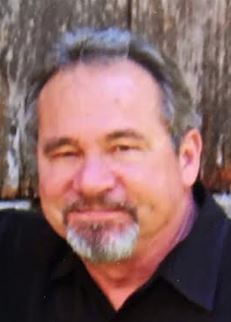 Consider providing a gift of comfort for the family of Stephen Webb by sending flowers.

We encourage you to share any memorable photos or stories about Stephen. All tributes placed on and purchased through this memorial website will remain on in perpetuity for generations.

Dear Debbie, Alyssa and Nicole,
I'm saddened to hear of Steve's passing today. I hope it brings you comfort to know how much he loved you and how proud he was of his family. I will miss my friend very much.
Steve, may you rest in peace and thank you for your service. See you on the other side my brother.

Hi Debbie and Family, I am so very sorry for your loss. May memories get you through during this difficult time. Thinking of you all.
Comment | Share Posted Jun 12, 2020 at 02:32pm via Condolence
DR

Deb I am so sorry to hear of Steve’s passing . He was a great man and always willing to help anybody . My prayers for you and family . May he Rest In Peace.
Comment | Share Posted Jun 11, 2020 at 10:05pm via Condolence
MK

My heart is heavy and saddened for your loss of Steve. Fly high and rest easy my friend. Hopefully you wont have to help two crazy ladies stuck in the mud up in heaven......💔
Comment | Share Posted Jun 11, 2020 at 06:44pm via Condolence

I am so sorry for your loss Deb. My sincerest condolences to you and your family. Thinking of you with much love.
Comment | Share Posted Jun 11, 2020 at 03:38pm via Condolence