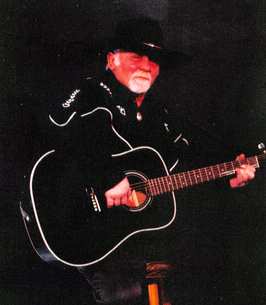 GRAFTON: It is with great sadness that we report that Richard D. Schultze of South Grafton, Massachusetts, passed away on April 25, 2020 due to complications of the COVID-19 virus. He was born in Concord, Massachusetts, and was predeceased by his parents Alfred and Barbara (Lenzi) Schultze. He is survived by his beloved wife Barbara (Bridges), daughter Lori Ann LeBlanc (Michael), brother Douglas (Diane), stepdaughters Lauren (Kemling) Cusano (Donald), and Linda (Kemling) Worthen and brother-in-law Joseph Malloch (Celeste). He leaves grandchildren Christian, Nikolas, Erica, Brian, Laura, Julie, Anthony, Collin and Shauna and many nieces and nephews. He leaves those he loved and mentored – Burt Comfort, Ben Sims and Brian Worthen. He leaves his loved dog and cat companions, Jessie and Babe.
Rick was a U.S. Army veteran, having proudly served his country in Germany and Vietnam. He was an avid outdoorsman who enjoyed skiing in Switzerland and on the double diamonds of the Whites, skiing the sand dunes on Cape Cod with Burt and Jack, hunting and fishing, backpacking and deep woods camping in his beloved White Mountains, introducing friends to their beauty, and riding his motorcycle on the back roads of New England, South Dakota, and Wyoming. He was a member of the Paranormal Bikers and the Ancient Riders Motorcycle Association.
He was a man with many varied interests – singer/songwriter (his band was the opening act at the Boston Garden in the late 1960’s for bands and vocalists of that era), RVing, model trains (his attic is filled with layouts and hand painted buildings), traveling to the national parks of the west. He was very interested in his town and served on several committees, chairing one. In the past, he played paintball, acted as a referee and wrote several scenario games. He worked for GCTV and hosted/cohosted live local TV shows (Out There, New Year’s Eve, Two Guys Who Like to Talk, Ask the Geezers and moderated several Ask the Candidates nights). During his downtime he was a connoisseur of 50’s sci-fi movies, and alien and paranormal tv shows.
He will be remembered for his quiet strength, sense of humor, wisdom, love and support of animal rescue, and his deep love of family, friends and country.
In lieu of traditional remembrances, please honor Rick with a donation to your favorite local humane animal shelter.
A Celebration of Life will be held at a later date.
PRINT
Plant a Tree in Memory of Your Loved One
An Honouring a Life memorial tree is a unique tribute which provides global benefits like no other memorial gift could.
Plant a Tree
Family Log-In