To share your memory on the wall of Anthony Lea, sign in using one of the following options:

Provide comfort for the family by sending flowers or planting a tree in memory of Anthony Lea.

A receipt has been emailed to the address provided. A receipt may also be printed.

Provide comfort for the family of Anthony Lea with a meaningful gesture of sympathy.

Born January 2, 1948 in Birmingham, England to Anthony Lea and Bridgette (Lavelle) Lea,
He leaves his wife of 21 years, Paula Lea and loving friends and family that include his older brother David Lea and wife Rose, his niece, Cordelia and nephew Tristan. He leaves a younger brother, Nigel Lea, his wife, Lois, and their children, Ingrid and Eric. He leaves two sons, Jeffrey Lea of Medfield and his partner, Susie Masters and Alex Lea and his wife Erika of Worcester and their children Luke and Danielle. He leaves three step-daughters, Kerry Leva Hermann and her husband Chris of Los Angeles, CA; Sarah Leva of Salem, MA, and Maria Leva of Worcester.

Tony immigrated to Long Island, NY from England via Canada became a naturalized U.S. Citizen in 1963, and is a graduate of Archbishop Molloy High School in Queens, NY, and Holy Cross College and Assumption College in Worcester.

In 1974, Tony began his life-long career in teaching at Uxbridge High School where he taught English and coached girls’ field hockey for many years. In 1987, he left the Uxbridge to become Department Chair of Social Studies at Algonquin Regional High School, and, in 2001, joined the Hudson High School staff as a Vice Principal. From 2002 until his retirement in 2006, he served as staff Vice Principal at Holliston High School.

After his retirement from full-time employ, he continued to serve students and the community as a substitute teacher at Westborough Public School System and as an adjunct professor at Assumption College in Worcester until 2019.

Well known as a personable conversationalist and humorous storyteller, Tony pursued a variety of interests. He was an avid reader of nonfiction and daily news, and took an active interest local and national politics, participating in a variety of local, state, and federal campaigns. He participated in Revolutionary War re-enactments, often sewing many of the outfits that he wore. He loved music, played piano, the fiddle, guitar and bagpipes, and always had a project in the works, be it home renovation, woodworking, repairing antique clocks, and beekeeping.

Per his wishes, Tony will be cremated and a memorial service for friends, family and associates will be scheduled through Roney Funeral Home in North Grafton, MA and announced at a later date.

In lieu of flowers, Tony and his family suggest a donation via check made out to Salmon VNA and Hospice Attention: Anne Luippold, Hospice Director, at 37 Birch Street Milford, MA 01757. Please mention that it is in memory of Tony Lea. 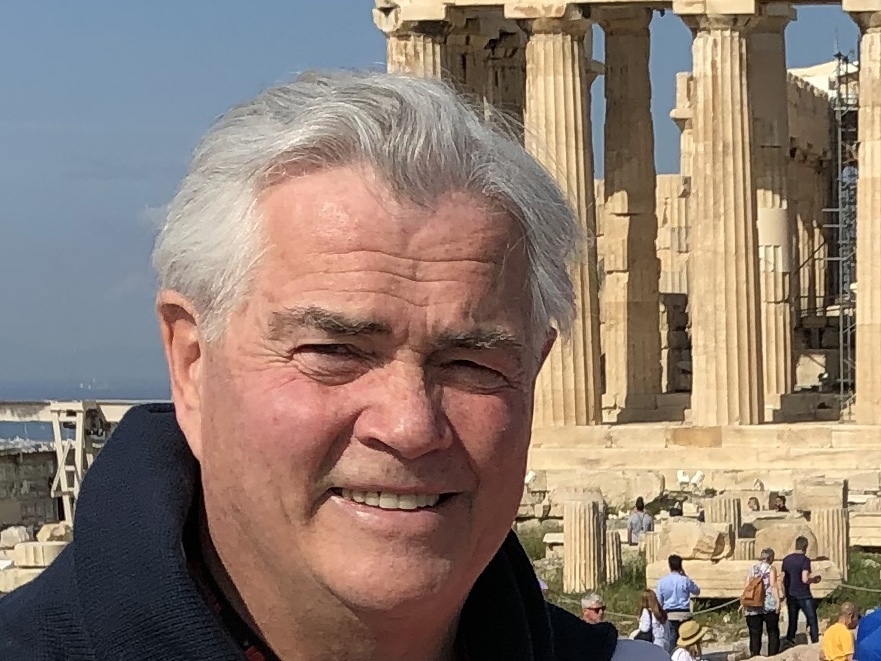 We encourage you to share any memorable photos or stories about Anthony. All tributes placed on and purchased through this memorial website will remain on in perpetuity for generations.

I was a student in Mr. Lea's first World History and Earth Science classes in Uxbridge. It was September 1973, not '74. He was instantly a favorite teacher. About ten years after I graduated, I was waiting for someone outside the main office and he saw me, from a distance, and called me by name. I was touched and complimented that he remembered me. I had hoped to run into him when I heard he'd moved to the area but, that didn't happen. So you know, the other student from my era were all saddened and had many good memories of him.

Tony and I were classmates at Archbishop Molloy H.S. in Jamaica, Queens, New York. My memory of Tony was much the same as those who wrote about him as an adult. He was different than most of the guys because he was exceptionally kind, especially to those in our classes who struggled either academically or with their adolescence. He was bright above all else, perpetually happy and always willing to help anyone in any way he could. As I look back, many of us thought Tony would go into religious life. I was looking forward to seeing Tony at our 50th class reunion in 2016. Many of our friends asked about Tony. Unfortunately, we lost touch after high school.
Please accept my sincerest condolences for my old friend and classmate. I was happy to read about his life's accomplishments and his family and friends. His was a life well lived.
I will remember him in my prayers.
Rest in peace my old friend.
Ken Farrell
Comment | Share Posted Dec 04, 2020 at 07:55pm via Condolence
JB

One of my favorite Tony memories is being on stage with him and Paula at a Bernie Sanders rally in Providence in 2016. Wow, that was fun! I met Tony just a few years ago, but it didn’t take long for me to recognize Tony’s many talents and his desire to improve the lives of others. I saw Tony organize political efforts, engage elected officials, and inspire others to get involved in their community and country. I really love how Tony never gave up trying to change the world.
Joann Braam
Comment | Share Posted May 20, 2020 at 08:53pm via Condolence
JB

One of my favorite Tony memories is being on stage with him and Paula at a Bernie Sanders rally in Providence in 2016. Wow, that was fun! I met Tony just a few years ago, but it didn’t take long for me to recognize Tony’s many talents and his desire to improve the lives of others. I saw Tony organize political efforts, engage elected officials, and inspire others to get involved in their community and country. I really love how Tony never gave up trying to change the world.
Joann Braam
Comment | Share Posted May 20, 2020 at 08:53pm via Condolence
KC

Tony was a wonderful person and my husband, Brian, and I enjoyed his stories and welcoming spirit when we visited with him and Paula. Wish we had gotten in another round on the golf course. Sending our condolences and much love to you Paula and all of your family.
Comment | Share Posted May 09, 2020 at 11:27pm via Condolence