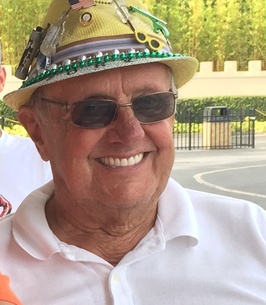 GRAFTON/LEICESTER: Leo R. Joncas, 81, passed away September 20, 2019 with his family at his bedside after a short battle with cancer. Leo was born and raised in Grafton where he lived for over 60 years before moving to Leicester to enjoy a lakeside retreat in his later years.
Leo leaves his loving wife of 56 years, Carol (Pichette) Joncas, his daughter Nicole McDonald and her husband Brian of Woburn, his son James Joncas and his wife Marea of Westford; and his son-in-law Sean Lorden of Grafton. Leo was predeceased by his daughter, Claudette Lorden and son, PJ Joncas. In addition, he leaves behind eight loving grandchildren; Patrick, Ryan and Kelsie Lorden, Jackie Joncas, Evan and Blake McDonald, and Max and Carlee Joncas.
He also leaves behind seven brothers and sisters; Roland, Lucille, Anita, Helen, Evelyn, Cecile and Bob, all of Grafton along with many nieces, nephews and cousins. He was born in Worcester, son of the late Honora (Allard) and Emile Joncas.
Leo graduated from Worcester Boys Trade High School, studying to become and electrician. Upon graduation he worked for Crowley Electric before starting his own contracting business, LRJ Electrical which he ran for more than 30 years. He was a proud member of IBEW for over 60 years.
Leo found joy in his family throughout his life. He coached Grafton Little League for many years and loved supporting the many teams and activities his children and grandchildren were involved with. During his later years he loved entertaining his grandchildren at the family’s home on the lake where days were spent boating, fishing or playing cribbage. Each year at Thanksgiving Leo was easy to find cooking at the annual pregame breakfast his family would host before the Grafton football game.
A Funeral Mass will be celebrated for Leo on Wednesday, September 25th at 11:00am at St. Mary’s Church 17 Waterville St. N. Grafton, MA 01536. Burial will be private. There are no calling hours. Please honor Leo with a memorial donation to the charity of your choice in lieu of flowers. A Book of Memories to share a favorite story or message of sympathy with Leo’s family is available online at:
www.RoneyFuneralHome.com
PRINT