To share your memory on the wall of Muriel Bacon, sign in using one of the following options:

Provide comfort for the family by sending flowers or planting a tree in memory of Muriel Bacon.

Provide comfort for the family of Muriel Bacon with a meaningful gesture of sympathy. 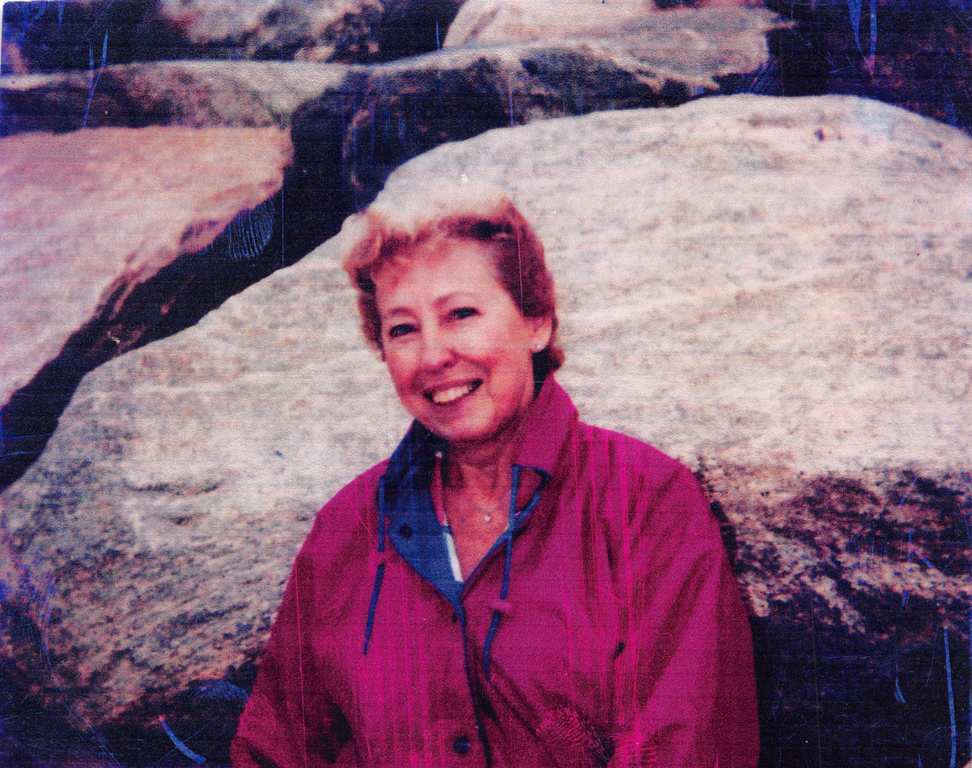 Consider providing a gift of comfort for the family of Muriel Bacon by sending flowers.

We encourage you to share any memorable photos or stories about Muriel. All tributes placed on and purchased through this memorial website will remain on in perpetuity for generations.

I had the pleasure of meeting Muriel this year. Although our visits were all within a week I felt such a connection to this wonderful woman. She told me of her life and we connected by many similarities, both being realtors, mothers of very special children and losses of our first spouses. I enjoyed my time with Rodger and Muriel and enjoyed witnessing the deep love they had for one another. Dear Rodger, Tony and I feel such sadness at the loss of "your girl." She was an amazing lady. You are in our thoughts and prayers and hope you may find some peace during this difficult time.
Comment | Share Posted Sep 19, 2019 at 08:10am via Condolence
LS

Alan, Mary and family. I am sorry to hear of your loss. Please know you and your family are in my thoughts and prayers at this difficult time. I have heard wonderful stories about her over the years. May you be comforted by your memories. Love - Liza
Comment | Share Posted Sep 18, 2019 at 10:02pm via Condolence
CM

To My DEAR UNCLE CJM (older), Jim and Ann!
You all know how much I LOVE YOU! On our cook-outs on Memorial Day, 4th of July and Labor Day in the three back yards, I so fondly remember Uncle Chet giving my "Helicopter" rides as held my hands and spun me around... The call and the visits to Old Mill Road and to Niantic, CT were times I will cherish for always and forever!!! I have a wonderful photo of your DAD with Chet Lysik and myself that has the three CJ's all in a row! Love all the times I had spent with you my UNCLE, all the phone calls and emails were a bright spot on my DAY! I know it was only (funny) to me that the cards were to CJM from CJM, but I loved sending them!!! I somehow never knew that we both attended Worcester JR College! I did share his love of all BOSTON Sports TEAMS. In fact he called me along with your MOM, my Godmother after the Patriots and won Super Bowl XXXVI! It was late at night and we had a raucous conversation on the recap of that WIN! I know he is looking down proudly at the two of you! I loved him dearly as much as my own FATHER! Bless you Uncle CHET for a long life and wonderful gifts of love that you gave to us ALL! YOU will never be FORGOTTEN!!! YOU will be REMEMBERED with true LOVE and AFFECTION! Rest in PEACE next to Aunt Alice, my Father, my Mother, Babcia and Dziadziu amd Uncle Joe and all our other relatives and friends! AMEN and GOD certainly will keep you BLESSED!
CJM(younger)
Comment | Share Posted Sep 17, 2019 at 08:59pm via Condolence