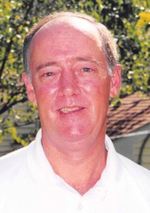 GRAFTON: Stephen Joseph Wrenn, 67, of North Grafton passed away June 11th after a decades long battle with Multiple Sclerosis. Steve leaves his loving wife of 41 years, Linda (Walcott), who cared for him throughout his illness at their home for many years, his children Patrick and wife Katherine, and Bryan and wife Amanda, grandsons James and Jack, brother Daniel and wife Michelle, mother-in-law Betty Walcott, nieces and nephews Jessica, Elizabeth, Scott, Jennifer and Andrew, and many other loving friends and extended family. He was predeceased by his brother, Dennis. Steve was born in Worcester on September 19, 1951, son of the late Francis and Mary (McCann) Wrenn. He was raised in the Airport neighborhood of North Grafton and loved telling stories of his childhood adventures roaming with the neighborhood children and playing with his brothers. He was involved in music and sports at Grafton High School, where he graduated a proud member of the Class of 1969. After graduating with a Bachelors in Business Administration from Nichols College, Steve went on to pursue a career in banking and consumer lending over the next several decades, working at a number of institutions including the Grafton Suburban Credit Union, General Motors Acceptance Corporation, and Mechanics Bank, eventually retiring as a Vice President with TD BankNorth due to his disease in 1999. Steve played and refereed ice hockey for decades, spent many hours volunteering and coaching his sons in baseball and ice hockey, and was a passionate fan of the Boston Bruins. He loved Grafton where he lived almost his entire life, spending time outside working in the yard, singing and playing his guitar, and in later years spending time with his loyal dog, Schubert, regaling his friends and family with stories, and staying connected with his friends over social media. Steve’s family would like to extend their heartfelt thanks to the staff at the Lutheran Rehabilitation and Skilled Care Center in Worcester, who cared compassionately for Steve in his final years. All are welcome to gather with Steve’s family and friends Friday, June 14th, from 4pm to 7pm at Roney Funeral Home, 152 Worcester St., N. Grafton, MA 01536. A Funeral Mass will be celebrated at St. Mary’s Parish 17 Waterville Street North Grafton, MA 01536 at 11am on Saturday, June 15th. Burial will follow at Pine Grove Cemetery in North Grafton. In lieu of flowers, donations may be made to The Worcester Animal Rescue League at https://worcesterarl.org/, or the Sterling Animal Shelter at https://www.sterlingshelter.org/. A Book of Memories to share a favorite story or message of sympathy with his family is available online at:
www.RoneyFuneralHome.com
Printable
Share on Facebook
Recently Shared Condolences
Leave a Condolence
View All Condolences
Recently Lit Memorial Candles
Light a Memorial Candle
View All Candles
Recently Shared Stories
Share a Story
Recently Shared Photos
Share a Photo
View All Photos