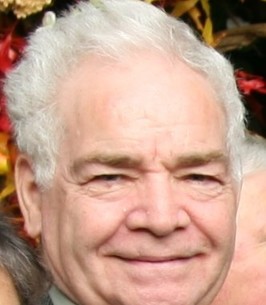 GRAFTON: Domenick “Astolfo” Freda, 82, of Grafton, passed away peacefully on Sunday, March 25, 2018, surrounded by his family, at UMass Memorial Medical Center after a brief illness. Domenick is survived by his wife of 47 years, Dorothy (Roman) Freda, his son Domenick J. Freda and his wife Cristina and their children, Alessandra and Antonio, his son Thomas M. Freda, his brother John Freda, his brother James Freda, and his sister Marguerite (Freda) Scheidet, and his many beloved nieces and nephews.
Domenick was employed as a chef for over 40 years before his retirement and relocation to live with his son’s family in Grafton. Before moving to Massachusetts, he made his home on Long Island, NY after immigrating from his birthplace, Pettorano sul Gizio, Abbruzzo, Italy with his parents, Alberto Freda and Chiara (Sforza) Freda, and his siblings John, Orlando Freda, Domenica (Freda) DelMonaco, Anna Maria (Freda) Schiappa, James, and Marguerite. Domenick was a devout member of the St. Ignatius of Loyal R.C. Church in Hicksville, NY, before joining the faith community of St. Mary Parish in Grafton, MA, where he was known as a warm, friendly and loving friend and enthusiastic parishioner.
Domenick’s greatest joy was that of his family, knowing that he was able to raise his two sons and support his wife, despite having to learn English as a second language, dealing with a childhood injury to his arm from a WWII grenade, and having to learn his profession “from scratch” as a dishwasher and pantryman, until he was finally able to open his own restaurant (The Tuna Grill) with his brother John. Even with the time-consuming life of a professional chef, he always made time to be with his immediate and extended family and will forever be remembered for his devotion to his wife, parents, children, grandchildren, and nieces and nephews, including his warm smile and strong hugs.
Beyond his greatest loves of his faith and his family, Domenick loved the outdoors and sporting events. Before his retirement, Domenick was an avid and accomplished bowler, who spent many years in recreational leagues with family and friends. More recently, Domenick was a familiar face at the Grafton Senior Center, where he was a regular in the exercise programs. He loved watching baseball and was always ready to watch a game or update his family on how a team was performing!
All are welcome to gather with Domenick’s family Thursday, March 29th from 4pm to 7pm at Roney Funeral Home 152 Worcester St. N. Grafton MA 01536. Domenick’s funeral service will be celebrated Friday, March 30th at 11:00am at St. Mary’s Church 17 Waterville St. N. Grafton, MA 01536.
PRINT