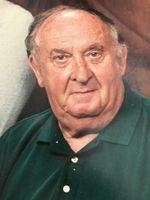 GRAFTON: Norman “Red” Cote, 82, passed away January 19, 2018 at Rose Monahan Hospice Home in Worcester following an illness. His wife Phyllis (Lacilla) passed away in 2016. Red is survived by his children Lynne Cote, Jeannine Wingert and her husband Ben, David Cote and his life partner Mary DiCenzo Kim Cote and Michael Mars, his grandchildren Rachel Heyn, Victoria and Brittany Flynn and Matthew Cote and 4 great-grandchildren. Red also leaves his brother-in-law Brian Lacilla and his wife Renie, his sisters-in-law Linda Polselli and her husband Jerry, Gail Fields and her husband Gary and Beverly Cote. He was predeceased by his brothers Robert and Edgar Cote. Red was born January 26, 1935 in Worcester son of the late Madeline (Chilson) and Edmond Cote. He spent most of his life in Grafton but also lived in Upton where people around town began calling him the “Mayor” as he loved the town so much. Red served in the US Army during the Korean conflict and following his military service worked briefly at N. Polselli and Sons before he began driving for Consolidated Beverage which he did for 30 years. Away from work Red always had a love of his cats, especially “Doodles”, he had an enduring passion for trains as a boy that never left him throughout his life. He was a fiercely loyal Boston fan, following the Red Sox, Patriots, Bruins and Celtics. During the summer he could often be found digging for quahoggs off the shores of Cape Cod and was always up for a card game with his family. Please honor Red with a donation in lieu of flowers to ASPCA at www.aspca.org/donate. All are welcome to gather with Red’s family Monday January 22nd from 5pm to 8pm at Roney Funeral Home 152 Worcester St. N. Grafton MA 01536. A prayer service will be held at 11am on Tuesday January 23rd in the funeral home. Final burial will be private. A Book of Memories to share a memory of Red is available online at:
www.RoneyFuneralHome.com
Printable
Share on Facebook
Recently Shared Condolences
Leave a Condolence
View All Condolences
Recently Lit Memorial Candles
Light a Memorial Candle
View All Candles
Recently Shared Stories
Share a Story
Recently Shared Photos
Share a Photo
View All Photos