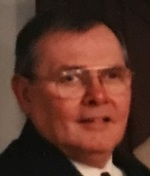 WORCESTER: Roger J. Goyette, 78, passed away January 9, 2018 at St. Vincent Hospital in Worcester following an illness. He is survived by his wife of 54 years, Sandra (Fields) Goyette, his children Michele Muldoon of Shrewsbury, Maureen Generelli of Worcester and James Goyette and his wife Jonina of Haverhill, his grandchildren Amanda Muldoon, Kayla and James Wheeler, and Blake and Colin Goyette and his great-granddaughter Brielle Wilcox, his sister Margaret “Peggy” Serra and her husband Paul, his brothers-in-law Gary Fields and his wife Gail and Ronnie Fields and his wife Barbara and several nieces and nephews. He was predeceased by his brother James Goyette and brother-in-law Brad Fields. Roger was born September 25, 1939 in Worcester son of the late Rose (Kelly) and Alfred Goyette. He grew up in the Grafton Hill neighborhood in the city. Roger served on the USS Oriskany, during his time in the US Navy. The remainder of his working years was spent as a meat cutter at Iandoli’s and Shaws markets. Away from work Roger was a fierce Boston sports fan, and could easily be found playing a game of cards with his family and friends. He adored spending time with his children, grandchildren, and great-granddaughter, and could be found many of nights listening to music with them. In lieu of flowers please honor Roger with a donation to support veterans at Veterans Inc. 69 Grove St. Worcester, MA 01605. Funeral services for Roger will be private at his family’s convenience. A Book of Memories to share a memory of Roger is available online at:
www.RoneyFuneralHome.com
Printable
Share on Facebook
Recently Shared Condolences
Leave a Condolence
View All Condolences
Recently Lit Memorial Candles
Light a Memorial Candle
View All Candles
Recently Shared Stories
Share a Story
Recently Shared Photos
Share a Photo
View All Photos