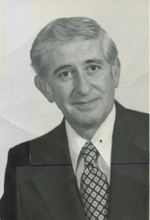 GRAFTON: Alfred “Fred” Magnant, Jr. passed away peacefully at home November 20, 2017. Born May 12, 1928 in New Bedford MA, the son of Alfred Joseph Magnant and Pearl Gamache Magnant, and spent his formative years in Swannanoa North Carolina, along with his sister Muriel, where his father was general manager of Beacon Blanket Company, a colossal manufacturer of blankets worldwide.
It was here that Alfred, seeing the the success of his father, embraced his career and passion in the textile trade.
Fred went off to Riverside Military Academy in New York at 15 years old, where he met many life-long friends, one of which introduced him to his wife Janet, whom he courted in Bridgeport Ct, prior to his leaving for Japan, serving in the Army in World War II.
Upon his return, Fred studied textile engineering at Lowell textile college, what is today known as Umass Lowell.
He and Janet later moved to Rye N.Y. and started their family.
Fred worked for American Felt for many years, and in 1967, he moved his family from Fairfiled CT, to Grafton MA to help redevelop Felters Company in Millbury.
His skill was product development in the textile realm, and it was this skill that drove him to creating his own products in filtration membrane, and ultimately he established Fibre Taxis in Bellingham, MA, with several other entrepreneurs, where emphasis was placed on the development and manufacturing of many filtration materials used to this day.
He retired early in 1990 to enjoy golf, building birdhouses, travel, and time with his family. Among the many activities he pursued, he cherished the times he spent with his grandchildren making them crepes at sleepovers, and afternoons at Holy Cross football games.
Alfred is survived by his wife Janet, his children Richard and his wife Charlene, Kathleen, Thomas and his wife Christine, David and his wife Susan, Robert and his wife Gail, Wendy Atchue and her husband Milton, and John.
He leaves 15 Grandchildren Keith ,Jessica, Lauren, Nicholas, Danielle, Luke, Melissa, Jason, Alyson, Austin, Kyle, Seth, Candace, Holly, Matthew and at least 21 Great Grandchildren all of whom he loved and respected.
He was the quintessential paternal leader in so many ways, a friend to his children, and even a friend of their friends. He was the center of all the family dinners, and wonderful holidays the family had and still does spend together. He was a southern gentleman and humble human being right up until the day he died, and will be missed by us all.
A Funeral Mass will be celebrated for Fred Tuesday November 28th at 11:00am at St. Mary’s Church 17 Waterville St. N. Grafton MA 01536, after which the family will have a private burial. In Lieu of flowers the family requests any donations to please be made to the Grafton Food Bank PO Box 324 Grafton MA 01519, as Fred was an advocate of sharing whatever could be shared. A Book of Memories to share a story, photo or memory of Fred is available online at: