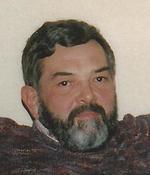 GRAFTON: Dr. John J. Darrah, 76, passed away August 30, 2017 following an illness. John leaves his loving wife of 36 years, Patricia (Pellegrini) Darrah, his children Melinda Carpenter and her husband John, Michael C. Darrah, Eric J. Darrah and David M. Maniero, his grandchildren Austen and Chase Carpenter, David M. II, Katelyn I. and Mason F. Maniero, his sister Sally Ann Nestor and her husband Alexander, his nephew Scott A. Nestor and nieces Kristen A. Tayag and Kari B. Nestor and many dear friends. John was born October 4, 1940 in Trenton, NJ son of the late Dorothy (McGinley) and Ewald J. Darrah. He grew up in Fallsington and Andalusia, PA. He graduated from St. Joseph’s University in Philadelphia in 1962 and the University of Pennsylvania Medical School in 1966. His internship and residency were served at St. Luke’s Hospital in New York City. John served as a Major in the U.S. Army during the Vietnam War where he was stationed in Landstuhl, Germany where he treated wounded soldiers at the Army hospital. Following his military service he built a home in New England with his wife Patricia where they raised their family. For more than 40 years he cared for patients as an accomplished Gastroenterologist at St. Vincent Hospital in Worcester while living in the town he loved dearly in Grafton. His profession in many ways defined him as he found gratification in building relationships with the patients he cared for and their families alike. Closer to home John could often be found tending to his vegetable garden or planting for the new season and following basketball and soccer, particularly when his children and grandchildren were playing. His home was always open where big dinners and family gatherings were always hosted. Along with his wife Patricia trips across the globe from Bora Bora, Tahiti and across Europe created prized memories. John’s legacy is that of a man who from a very young age fulfilled the promise of a robust life filled with the adoration of his family and sacrifice to others. Please honor John with a memorial donation to Marie Anne Center , Sisters of St. Anne 236 Lincoln St. Worcester, MA 01605 or online at www.MarieAnneCenter.org. All are welcome to gather with John’s family and friends Friday September 8th from 2pm to 4pm at Roney Funeral Home 152 Worcester St. N. Grafton, MA 01536 followed by a Remembrance Service at 4pm in the funeral home. Burial will be private at his family’s convenience. A Book of Memories to share a memory of John or message of sympathy with his family is available online at:
www.RoneyFuneralHome.com
Printable
Share on Facebook
Recently Shared Condolences
Leave a Condolence
View All Condolences
Recently Lit Memorial Candles
Light a Memorial Candle
View All Candles
Recently Shared Stories
Share a Story
View All Stories
Recently Shared Photos
Share a Photo
View All Photos