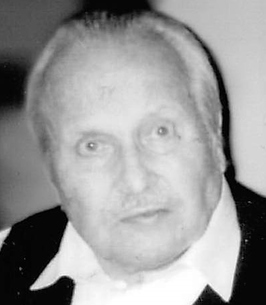 Paul Kehler, 86, passed away June 22, 2017 at Webster Manor where he had been staying for the last 14 years. He was born in Mariampole, Lithuania on March 5, 1931. He was raised and educated in Germany and studied Nuclear Physics at the University of Freiburg, Germany, in the Black Forest. He moved to the USA in 1956. He and his wife Louise married in 1960 in Freiburg. Paul worked at the University of Chicago and at Bel Aerospace. He was naturalized after he had been in the USA for 5 years. Paul leaves two daughters, Elvira Para and Viktoria Hillery, three grandchildren, Nikolas Para, Anita Para, and Jonathan Hillery, and two sons-in-law, Gregg Hillery and Robert Para. Paul is also survived by his sisters Regina Mosheni Khakbaz and Eveline Kehler, and brother Martin Kehler in Germany with their families, and was predeceased by one sister, Erika Chodkowicz. He was a wonderful husband, father, father-in-law and brother. He was also a wonderful friend. He will be dearly missed by his family and we wish him God’s blessing. All are welcome to gather with Paul’s family and friends Tuesday June 27th from 5pm to 7pm at Roney Funeral Home 152 Worcester St. N. Grafton, MA 01536. Paul’s funeral service will be Wednesday June 28th at 10:00am at St. Stephen’s Episcopal Church, 3 John St. Westborough, MA 01581. Following a reception at the church after his service he will be laid to rest at Fairview Cemetery in South Grafton. In lieu of flowers, a donation to the St. Stephen’s Episcopal Church will be gladly appreciated. A Book of Memories to share a story or memory of Paul is available online at:
www.RoneyFuneralHome.com
PRINT