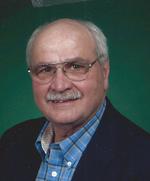 Richard (Dick) O. Dion, U.S. Air Force veteran, passed away peacefully at home on Friday, May 26, 2017. Born on March 2, 1937 to Ferdinand and Cora Dion, Richard was raised in Worcester, MA and moved to North Grafton 40 years ago. Richard is survived by his wife of 58 years, Carmen (Maillet) Dion, son Kenneth & daughter-in-law Jody Dion of North Grafton, MA, and daughter Denise & son-in-law Mark Shipp of Northborough, MA. He is also survived by his six grandchildren, Matthew, Justin, McKenzie & Jordan Dion, and Victoria & Rachel Shipp. They were his pride and joy, and he was their biggest cheerleader. Richard is survived by his sister Claire & husband Richard Racine of South Yarmouth, MA, and predeceased by 1 brother and 6 sisters. Richard is also survived by many nieces and nephews.

Richard was diagnosed with Multiple Myeloma in 2008, and fought the disease with faith, positivity, and dignity. He put his trust in the care of Dr. Jacob Laubach of Dana Farber Cancer Institute (Boston) and never looked back. Instead, Richard gave back by participating in two Multiple Myeloma clinical trials, as well as co-running a MM support group in Shrewsbury, MA. Richard’s family will be forever grateful to “Dr. L”, Virginia Dalton, NP, and the entire team at DFCI Boston and Milford for their dedicated expertise, care, and compassion.

Richard was employed by Sweet Life Foods/SuperValu for 38 years, working his way from a warehouse position to management. He was responsible for facilitating the company customer trips, and was the creator and director of the Employee Assistance Program, helping employees receive the support needed due to drug and alcohol abuse and addiction. Richard was an active member of the Executive Board of AdCare Hospital, Worcester, for many years. He was a proud American Red Cross blood donor for over 50 years.

Richard will always be remembered for his love of nature. He truly was an outdoor sportsman and conservationist. Richard could be found fishing, on his boat during the nice weather or on the ice in the winter. When he wasn’t fishing, he was in the woods hunting or hiking the trails. Richard lived his passion for nature through many organizations.Richard served as a Selectman for the Town of Grafton for multiple terms. He was a member of the Board of Directors of the United Fly Tyers, founding member and first President of the New England Fly Tyers Association, original member of the Board of Directors and former President of the Greater Worcester Chapter of Trout Unlimited, volunteer and staff member of the award-winning Trout Unlimited Camp/School, and former President of the Worcester County Beekeepers Association. Richard was also former President and Board of Directors member of the Grafton Land Trust, and was the recipient of a trail named in his honor for his years of service and dedication. Richard was a farm volunteer for many years at the Grafton Community Farm, and Chairman of the Grafton Conservation Commision.

The family will accept visitors Friday, June 2, from 4-7 pm at Roney Funeral Home,152 Worcester St N. Grafton MA 01536. A funeral Mass will be held at St. Mary’s Church, No. Grafton, on Saturday, June 3 at 10 am. Guests are asked to go directly to the church. Burial will follow immediately at Pine Grove Cemetery. In lieu of flowers, donations may be made in Richard’s memory to Pan-Mass Challenge, PO Box 415590, Boston, MA. 02241-5590 (include ID Elaine Lavelle 61197-8). Checks payable to PMC/DFCI. Online donations may be made at PMC.org using ID EL0126. A Book of Memories to share a memory of Dick or message of sympathy with his family is available online at: