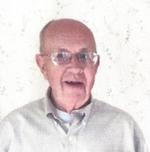 SHREWSBURY/GRAFTON: James P. Greenfield, 76, passed away peacefully March 31, 2017 at Wachusett Manor Nursing Home in Gardner following a sudden illness. His wife of 47 years Joy (Dupras) Greenfield predeceased him in 2016. He is survived by cousins, nieces, nephews, a brother-in-law, and many friends. He was also predeceased by his sister Beverly (Greenfield) Westerlind and brothers John and Joseph Greenfield. Jim was born June 12, 1941 in Worcester son of the late Irene (Bloomquist) and Paul J. Greenfield. Jim’s roots were in Worcester where he grew up and attended school. He resided with his late wife Joy in South Grafton, Millbury and most recently Shrewsbury. Jim served proudly in the U.S. Army during the Vietnam War. Following his military service he spent more than 33 years as a bus driver with the Worcester RTA where his father Paul Greenfield also worked and then for Silver Fox Bus Lines from 1979-2017. He was an active member of Local 22 Transit Union for more than 30 years as well. Happiness for Jim was found in time spent with his wife Joy close to home or years earlier camping at their trailer in Lebanon, Maine. Please honor Jim with a memorial donation to The Dana Farber Cancer Institute PO Box 849168 Boston, MA 02284 or online at www.Dana-Farber.org. All are welcome to gather with Jim’s family Wednesday April 5th from 9:30-10:30am at Roney Funeral Home 152 Worcester St. N. Grafton, MA 01536 followed by the celebration of his Funeral Mass at 11:00am at St. Mary’s Church 17 Waterville St. N. Grafton, MA 01536. He will then be laid to rest with military honors at Fairview Cemetery in South Grafton. Please visit a Book of Memories for Jim to share a story, photo or memory of him online at:
www.RoneyFuneralHome.com
Printable
Share on Facebook
Recently Shared Condolences
Leave a Condolence
View All Condolences
Recently Lit Memorial Candles
Light a Memorial Candle
View All Candles
Recently Shared Stories
Share a Story
Recently Shared Photos
Share a Photo
View All Photos