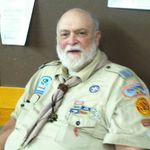 GRAFTON: John T. King, 70, passed away March 13, 2017 following complications from heart disease. He is survived by his wife of 47 years, Janice (Harvie) King, his children J. Andrew King and his wife Kelly and Edwin C. King and his wife Morgan, his grandchildren Tia Ford, Maxwell King, and Adrienne, Sarah, and John King, one great-grandson James King, and his sister Ruth Hughes and her husband William. John was born in Greensburg, PA where he studied electronics at Hempfield High School. He served in the United States Coast Guard during the Vietnam war from 1965 to 1969 which led him north where he met his wife Janice. They settled together in Grafton where they raised their family. John worked for 30 years at Paul Revere Insurance Company as a computer analyst. More recently he worked as a carpenter with his brother-in-law Alan Harvie where the two worked under the moniker “Gimpy Construction”. John knew how important citizenship and community were and he crafted his life with those at its center. He was a 50-year member of the Boy Scouts, serving as Scoutmaster for Troop 107 in Grafton and also as Assistant Scoutmaster at troops in Pennsylvania, Florida and Maine in addition to several district and council positions. He was past President and Life member of the Grafton Lions Club. He was dedicated to his beloved church The Baptist Church of Grafton where he held positions as Moderator, Youth Group Advisor and Financial Secretary among others. Please honor John with a memorial donation in lieu of flowers to The Grafton Lions Club 68 Brigham Hill Road Grafton, MA 01519 or The Baptist Church of Grafton 1 South St. Grafton, MA 01519 or Troop 107, BSA Attn: William Jones c/o Congregational Church of Grafton 30 Grafton Common, Grafton, MA 01519. All are welcome to gather with John’s family and friends Friday March 17th from 4pm to 7pm at Roney Funeral Home 152 Worcester St. N. Grafton, MA 01536. A funeral service will be held for John Saturday March 18th at 11:00am at The Baptist Church of Grafton. Burial will be private at his family’s convenience. A Book of Memories to share a story or memory of John will be available online at:
www.RoneyFuneralHome.com