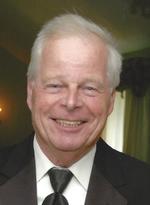 GRAFTON: John F. Putnam, 81, passed away November 5, 2016 following a lengthy illness. He is survived by his loving wife of 52 years, Esther (Minnucci) Putnam, his children Kimberly Zaidel, Jennifer Amabile and her husband Thomas, Jessica Harger and John R. Putnam and his wife Melanie (Patrick) Putnam. He also leaves his grandchildren James Jackman, Rachael Zaidel, Joseph Harger, and Benjamin and Nicholas Putnam, his sister Nancy LeMay and many nieces and nephews. His parents Kenneth and Ethel (Whitney) Putnam and his brothers Edward, William, Richard, Donald and Mark Putnam and sister Susan Nydam predeceased him along with his beloved Boston Terrier “Henry”. John was born August 27, 1935 in Grafton and lived in town for most of his life. John attended Tufts Medical School and graduated with a BS in Science at University of Massachusetts at Amherst He served proudly in the U.S. Army from 1959 to 1962 and was deployed in Germany as a Medic. Following his military service John, or as his students came to call him, “Mr. Putty” began teaching Science at Holliston High School where his career spanned more than 30 years. Following his retirement he found himself back in the classroom as a substitute at Grafton schools where students came to adore him there, as well. Summers were spent at the beach and camping in Wells, Maine while following his beloved Red Sox. When the season turned to fall and the school year began he would follow the New England Patriots. Closer to home you might have found John tending to his beautiful gardens or maybe dancing a polka with Esther. John’s legacy is in leaving the world a bit better than he found it with steadfast hope and optimism through his best and worst days alike. In lieu of flowers please honor John with a donation to benefit recovering veterans by supporting The Wounded Warrior Project 4899 Belfort Road Suite 300 Jacksonville, FL 32256 or online at www.WoundedWarriorProject.org. A Funeral Mass will be celebrated for John Thursday November 10th at 11:00 a.m. at St. Mary Parish 17 Waterville St. N. Grafton, MA 01536. He will then be laid to rest at Riverside Cemetery in Grafton. There are no calling hours. All attending the Funeral Mass are politely requested to go directly to the church. Please visit a Book of Memories for John to share a memory or message of sympathy with his family online at: www.RoneyFuneralHome.com
Printable
Share on Facebook
Recently Shared Condolences
Leave a Condolence
View All Condolences
Recently Lit Memorial Candles
Light a Memorial Candle
View All Candles
Recently Shared Stories
Share a Story
Recently Shared Photos
Share a Photo
View All Photos